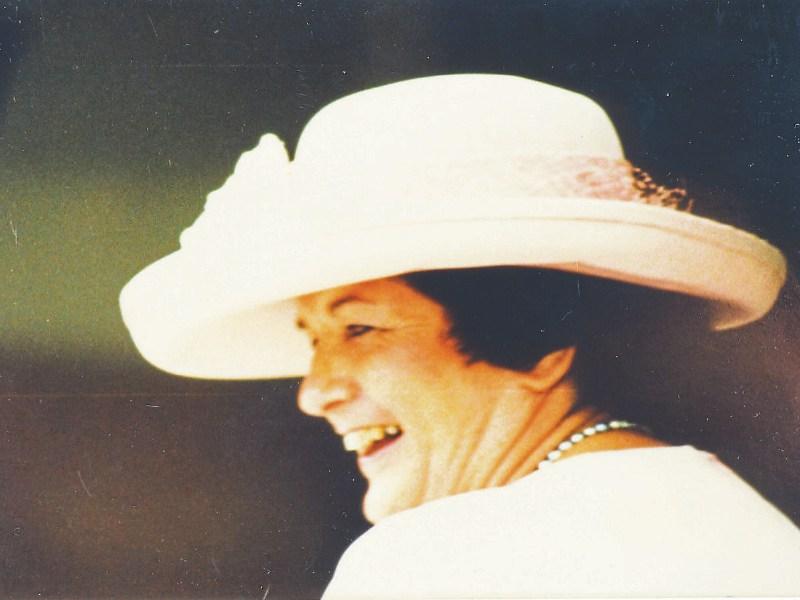 BRIDGET Agnes Kinney passed away on Sunday, May 1 at home in Pallaskenry, County Limerick. Her family was all with her. She celebrated her 87th birthday on Easter Sunday.

Agnes was born at Beale Lodge, Co Kerry on April 17, 1935. Her childhood on the farm overlooking the Shannon River led to a lifetime love of gardens and animals.

She inherited her mother’s sense of style who decorated Beale Lodge with pine dressers and blue willow, chintz sofas and a cottage garden in the front. This country life drew her back to Ireland many years later.

She came to New York at eighteen and worked at Con Edison. She met her husband, Kevin Aiden Kinney, a young air force 1st lieutenant in East Durham in the Catskills, where the Irish went for dancing and relief from city life.

They were married on August 10, 1959 in Killarney and honeymooned all over Ireland.

They settled in Riverdale in a house overlooking the Hudson, before moving to Bronxville, NY. Kevin worked at the Stock Exchange, Schraffs, and later started Domus Appraisals, a real estate company. Agnes, inspired by her mother’s aesthetic sense of style decorated this and all her homes beautifully.

She imbued in her children a love of poetry, literature, art, theatre and dance. Her daughter, Deirdre’s father-in-law, Vincent Brennan said that Agnes’ home was the only one in Bronxville where he could read the poetry of Yeats in the bathroom, where it hung in their house on Prescott Avenue.

Agnes opened an Irish Import shop Carrig Isle, in the village of Bronxville in 1976. It later transitioned to a private label shop featuring the best in classic style with hand knit sweaters, fair isles, cashmeres and tweeds.

The shop became a gathering place for locals and attracted a cast of characters who would come to tell stories. Christmas Eve was always the busiest day with a flurry of people calling from Grand Central to ask her to put together outfits for presents to be ready when they got off the train.

Her home on the hilltop on Prescott Avenue was featured in the Christmas issue of Traditional Homes in 1997. “Irish Enchantment” was the title as it featured her collection of Irish antiques and paintings and rooms painted a soft Farrow and Ball pink, a dramatic red dining room and green stippled library. She loved to entertain and her parties were legendary.

She loved to travel and fondly remembered a trip to the South of France in 1956 with her sister and childhood friend. She loved Bermuda and St. Croix. On a trip to Ireland in the late 1990’s she climbed the remote Skellig Island - 700 steps to see the monk’s beehive huts.

She went to Bermuda for the last time for her 80th birthday to the Coral Beach Club, a favourite.

She returned to Ireland in 2000 and made her home The Gables, at Cappagh a home.

The garden at Cappagh, County Limerick was her love. She kept learning and watching trends in decorating and gardening. She had a keen eye for antiques and for paintings. Cappagh was a refuge of style and nature and when the sun filled its garden and conservatory it was the magical place of thoughtful inspiration.

All the children have been by her side to bid her farewell. As Father Wrenn said during an extraordinary Mass he hosted at our home in Pallaskenry— life comes full circle and Agnes is returning to the kingdom of Kerry to rest with her father in Kilconly where the hill slopes down toward the Shannon.

Father Wrenn told us that Puccini’s last opera was finished by his students and as he gave his talents to those students so Agnes gave her wisdom, style and humour to carry on to her husband and her children.

She left us on a soft Sunday morning— when the window was opened to let out her soul, the sun dappled on the dew strewn grass and the birds sang her a peaceful tune for her journey.

She is survived by her husband, Kevin; children Deirdre, Maura, Beth and Kevin and sisters Nuala Cosgrove and Teresa Ryan.