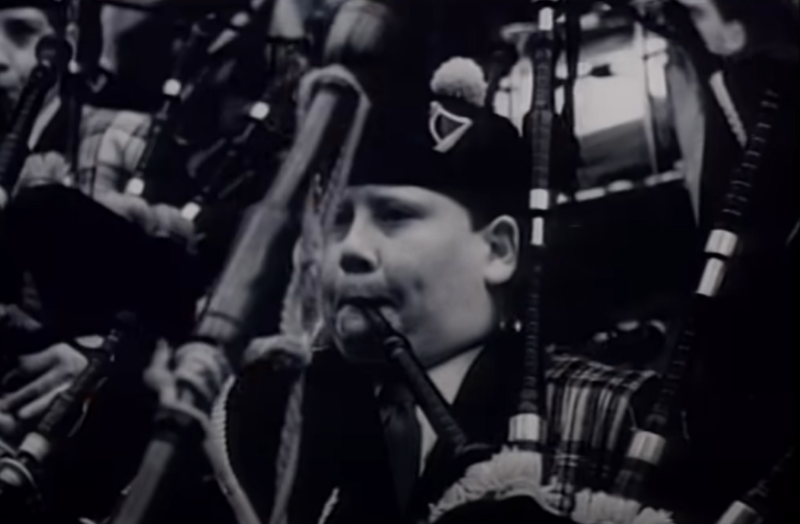 IN 1992, a group of boys from Limerick set off to the States to perform in a St Patrick's Day parade, but ended up featuring in the music video for one of the most famous songs of all time.

Darragh Jones was just 13 when he travelled to America with his friends from the CBS Pipe Band to perform at the parades.

After taking part at a number of events in New Jersey, the lads ventured to New York City, on Paddy's Day itself, where they attended Mass at the iconic St Patrick's Cathedral, dressed in their band uniforms.

They gave a quick blast of tunes on the steps of the cathedral and soon caught the attention of an American news channel.

There was great excitement as the cameras lined up to record the talented musicians as they practiced.

Later that night, the boys found out that footage of them had been beamed across the country on channels such as CNN and NBC.

They returned home delighted with their trip, but that was only the beginning of their 15 minutes of fame.

A few months later, they got the shock of their lives when they discovered footage of their performance had been used by one of the biggest music acts of the time.

Darragh said: “House of Pain released their song Jump Around and we found out that they had used footage of us from the parade in the music video.

“We knew nothing about it at the time, they took the footage that the news channels had shot.

“They got the band holding the banner and some close ups of our faces, I was playing the bagpipes and my cheeks were puffed up so you couldn't have missed me!”

News soon spread that the Rosbrien native made an appearance in the video and while he says he got "plenty of stick" over it, Darragh can say he is in a famous music video.