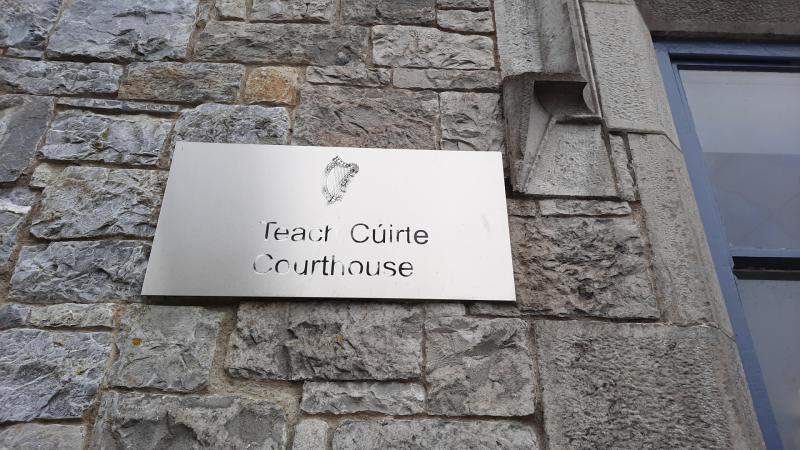 A VERDICT of accidental death was recorded at the inquest of a father-of-two who died after the car he was driving collided with a truck on the main Limerick to Cork road.

Niall O'Grady, 41, was fatally injured in the collision which occurred on N20 between between Hynes' Cross and O'Rourke's Cross shortly after 12 midday on May 26, 2020.

Mr O’Grady, who was living with his family in Bruree at the time, was travelling in the direction of Limerick city while the articulated truck was returning to Cork having completed a delivery in Galway earlier that day.

Limerick Coroner’s Court was told Mr O’Grady was pronounced dead at the scene and that a full garda investigation was carried out to establish what happened.

Inspector Pat Brennan confirmed a file was subsequently prepared for the Director of Public Prosecutions and that no criminal prosecution was directed.

Coroner John McNamara was told dash-cam footage obtained from the truck showed the moments leading up to the impact but that the actual collision was not captured.

Garda Jeffrey Kenny of the divisional Roads Policing Unit said the Peugeot car being driven by Mr O’Grady can be seen on the footage “veering into the grass verge” on the left-hand side of the road “three or four seconds” before the impact.

He told the inquest it appears from the footage that he then “overcorrected” resulting in his car crossing onto the incorrect side of the road and colliding head-on with the truck.

Garda Kenny confirmed there was no evidence that either driver had been using a mobile phone and that drugs and alcohol were not a factor in the collision.

When interviewed by gardai, the truck driver described how Mr O’Grady’s car was crossed in front of him “in the blink of an eye” and he described how he tried to take evasive action but was unable to avoid the car.

He told gardai the cab of the truck was “swung around” following the impact and ended up halfway in a field.

A witness, who was travelling just behind Mr O’Grady’s car described how he observed the car “slide into the soft verge” on the left before pulling out and crossing the road.

“The truck (driver) tried to break and avoid the car,” he told gardai adding that the car then appeared to “turn back into its own lane” just before the impact.

Advanced paramedic Keith Mullane told investigating gardai he arrived at the scene at 12.21pm and found Mr O’Grady did not have a pulse and was unresponsive.

The truck driver, he said, did not sustain any serious injuries but was taken to University Hospital Limerick as a precaution once he was removed from the vehicle.

Mr McNamara noted a detailed forensic examination was carried out following the collision and he read some of the key findings into the record.

The report found there were no environmental or weather factors which contributed to the collision and that the road surface was in good condition on the day.

There was no evidence that excessive speed was a factor and no defects were found on either vehicle.

The coroner said the PSV inspector had noted the truck driver “reacted in less than one second” but that the “collision was inevitable” and could not have been avoided.

Details of the post mortem examination were also read out during the inquest which was heard at Kilmallock Courthouse.

Delivering his verdict, Mr McNamara said there was no evidence to explain why Mr O’Grady’s car had entered the grass verge in the moments before the impact.

“There may have been a momentary distraction,” he commented adding that Mr O’Grady’s attempt to correct his car “was the catalyst that brought him into the path of the truck.”

He said the collision happened “in the blink of an eye” and that there was nothing the truck driver could do despite his quick reaction.

“It was a very unfortunate and tragic accident,” he commented as he formally recorded a verdict of accidental death.

Both the coroner and Inspector Brennan expressed their condolences to Mr O’Grady’s family following the conclusion of the inquest.