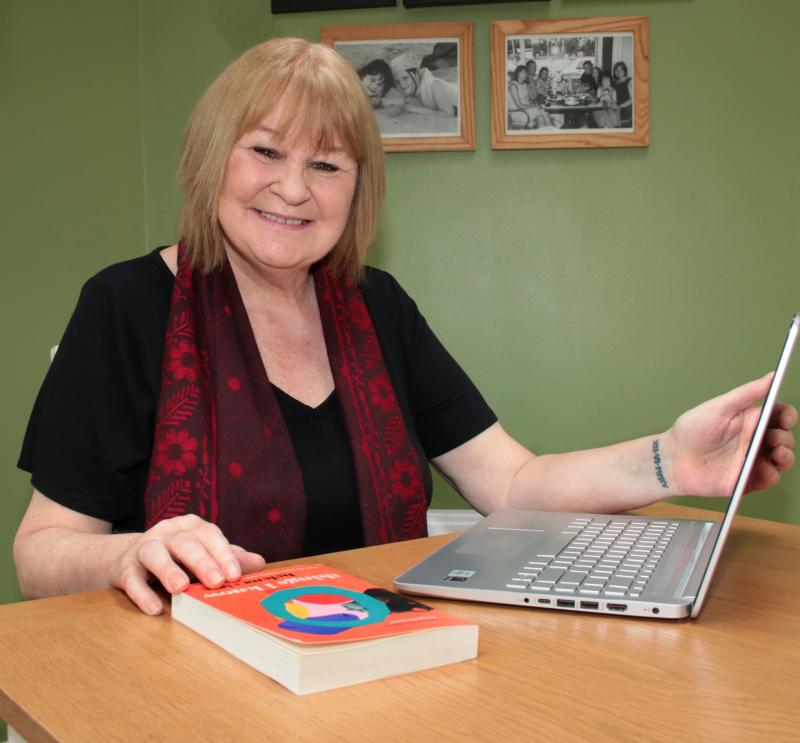 A CARNEGIE medal nominated Limerick novelist has released her latest gritty, true to life young adult work, which centres around the reality of suicide, loss and recovery from mental illness.

Limerick city-based author Helena Close has carved out a fantastic 20-year career, and her latest book Things I Know tackles a tough subject matter while offering feelings of both hope and love.

Moving from Cork to Limerick at the age of five, the Irish Estates, Corbally resident enjoys spending time walking with her dogs by the Shannon Banks, in the “thinking phase” of her writing process.

The real nitty-gritty work takes place at her “saviour”, a peaceful and quiet mobile home in Spanish Point, County Clare, where she locked herself away for months on end to finish her latest novel.

“Mobile homes are great. I am away from my family and my time is my own. If I want to work till 2am into the night, then I can,” she told the Limerick Leader.

This time, her six-month writing reprieve led to her latest novel, made up of seven notebooks. It also sparked an obsession with the European Football Championship and a young Limerick rapper.

“I could have refereed a game by the end of it, I was so engrossed,” she quipped.

She also downloaded an album, Holy/Unholy, by Limerick rapper Strange Boy, playing it on repeat each day, as she made her way through the twist and the tails of her latest sensitive-themed narrative.

“It was quite fitting in the end, as his album is all about alienation, sadness and getting through. In the end, it became my pal. I knew all the lyrics,” the 62-year-old author stated. 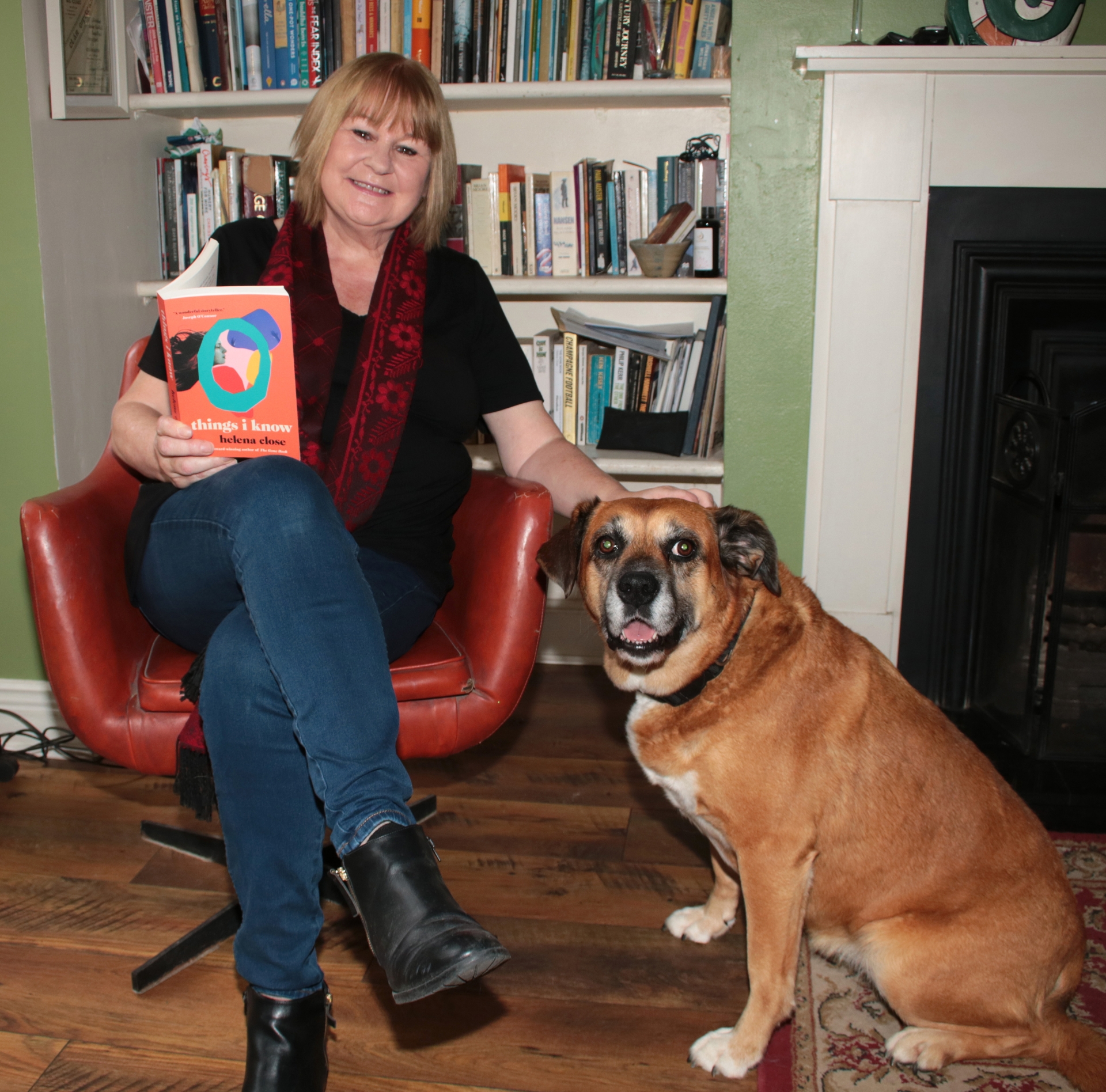 Things I Know tells the story of Saoirse (18), who can’t wait to leave school but just before her final exams her ex-boyfriend dies by suicide.

Everyone blames Saoirse, who cheated on him with his best friend. Ostracized, she throws herself into the river and wakes up in a psychiatric hospital.

The book traces the slow steps of her recovery, aided by a string of unique and loving characters.

“I like writing realistic, gritty novels for young people, where they can see themselves,” she said, admitting that the honesty and willingness of young people to talk is something she admires dearly.

A tough-write, Helena felt a sense of responsibility to address the sensitive topics of suicide and mental illness with care and consideration.

While other authors tend to shy away from similar topics, Helena believes that artists should “reflect the times” and she felt a need to scrutinise the “exponential problems in our mental health system.”

Her own eye-opening experience came several years ago, when her 16-year-old daughter was diagnosed with cancer.

In a six-month period, she was also involved in a head on road traffic collision, resulting in serious PTSD and depression.

“It was very scary at the time. We had to deal with a very archaic system, filled with extremely vulnerable people,” she conceded, adding that her daughter is now perfectly healthy. 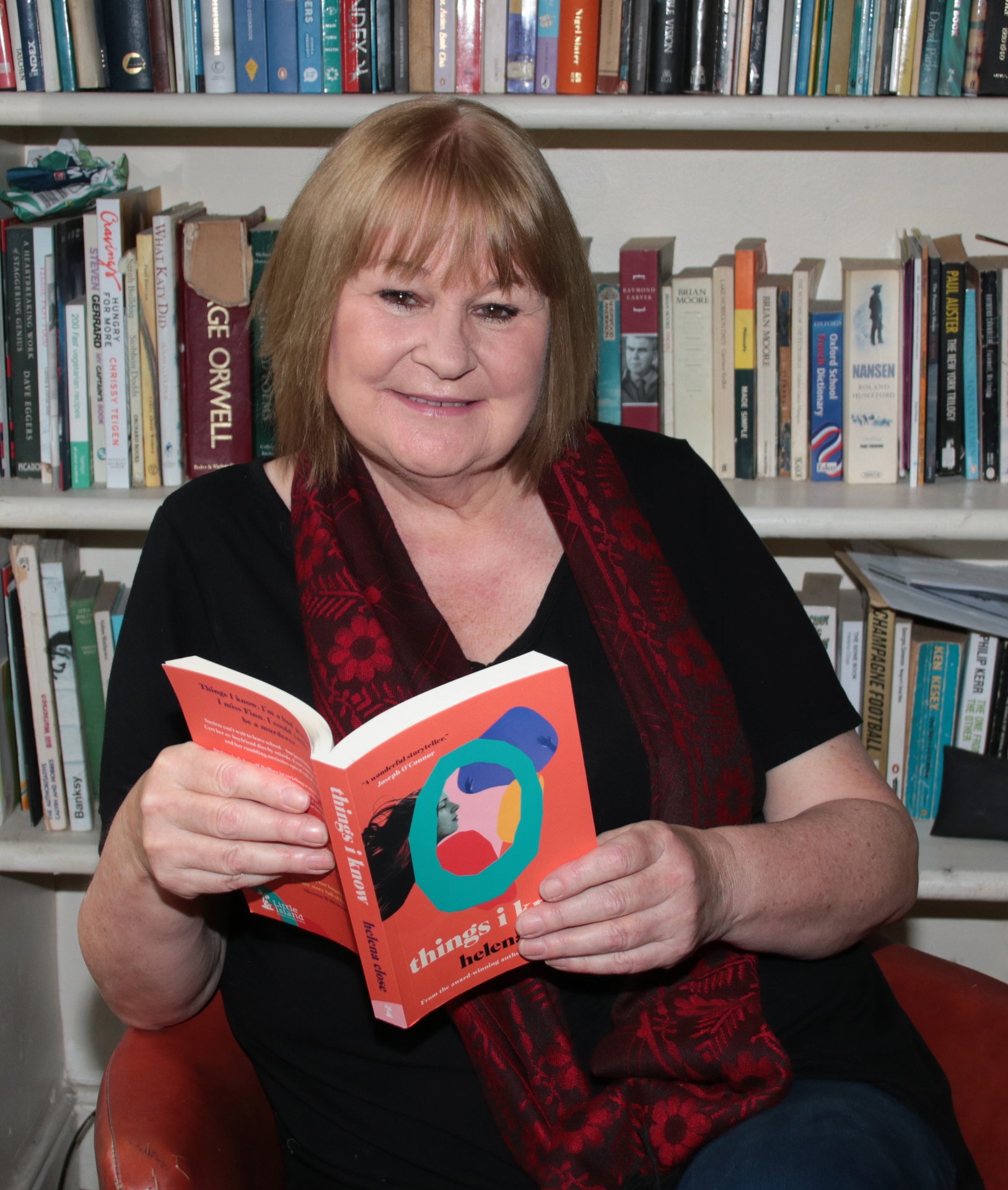 The response from young people to her latest work, which was published on May 5 by Little Island Books, has been amazing.

“These people have their own experience, and they want to talk. Many of these young people who are so open nowadays have never been given a voice.”

Her latest story, she feels, is deeply reflective of life. “Things are never black or white. As an author, I have to find that grey area,” she mused.

The official launch of Things I Know is due to take place at O’ Mahony’s Booksellers, in Limerick city, on Friday, May 13.

Glad to be done, she is both dreading and looking forward to the launch. “As a writer, you always fear that nobody will show, besides from your family,” she intimated.

Now a serious operator in the Irish young adult genre, off the back of a prestigious Carnegie Medal nomination, only time will tell what hard-hitting and truth-bearing book Helena turns out next.

There is only one thing she knows for sure and that is that she wants to continue to tell the stories of ordinary relatable people and their struggles.

“I would much rather write about a young fella, living in an apartment in Limerick and not going to college, than a bunch of kids having a great time at Trinity,” she concluded.

To purchase your copy of Things I Know, visit O’ Mahony’s Booksellers in Limerick city.