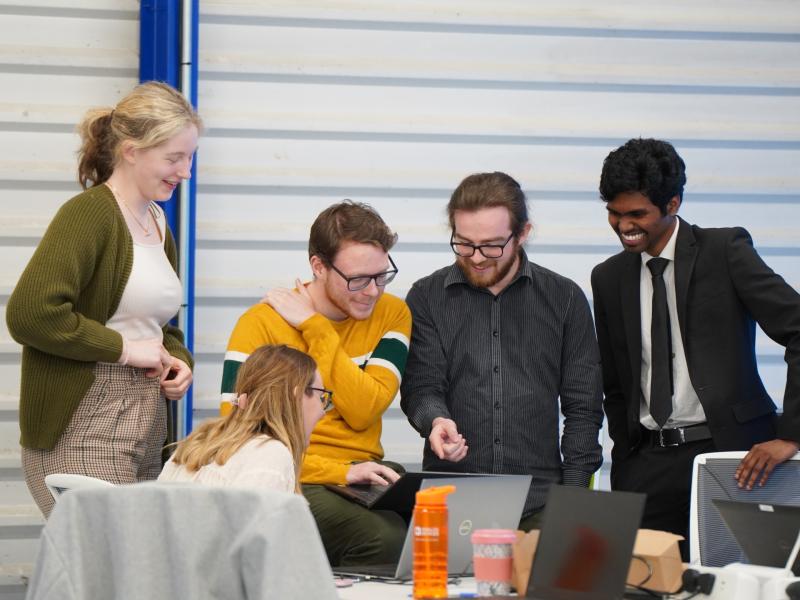 A SYSTEM which detects the potential of forest fires has won the top prize at a two-day ‘hackathon’ held in Limerick.

A hackathon is an event, usually hosted by a tech company or organisation, where computer programmers get together for a short period of time to collaborate on a project.

In this case, it was Analog Devices organising it, at its new Catalyst premises in Raheen.

There, 70 of the company’s top minds gathered to collaborate, research and design innovative solutions to mitigate the climate crisis and address real world challenges that would benefit future generations.

It was a team involving Limerick staff members Adam Fahy, Sinead O’Dowd, Enda Kilgarrif, Brian McCarthy and Emma O’Donovan which impressed the judges the most.

They presented a technology and sustainable business solution which could have far reaching benefits to tackling forest fires worldwide.

Mr Fahy explained: “Year on year the wildfires in California are becoming more deadly and destructive. In 2018 alone, over 1.9 million acres were destroyed, 68 million tonnes of carbon dioxide was released – that’s twice Germany’s annual emissions, and over 100 people were killed. With current detection measures, which include satellites and watch towers, it can take up to two to four hours for fire fighters to reach a scene. By this time, a fire has significantly increased in size and takes weeks to get under control.”

Outlining their idea, he said: “We designed a mesh network of nodes that could be distributed across a forest to detect the potential for and presence of fire. Using a fusion of sensors to measure temperature, humidity and carbon monoxide, the nodes would communicate with each other and back to a station using LoRa transmitters. An online dashboard would allow park rangers or forest owners to detect areas at risk or points of origin in real-time allowing firefighters to be dispatched to the right location at a faster pace.”

The winning team’s proposal went beyond the technology solution also setting out a sustainable business model through annual subscriptions.

According to one of the judges, Santiago Iriarte, an Analog Devices Fellow based in Spain: “This product brings a technological solution to a very real unpredictable problem that we live with each summer. With weather patterns getting more extreme, a product like this could position Analog Devices as a world leader in climate action.” The team will now examine the feasibility of developing the winning concept into a solution for deployment.