Sheep attacked on Limerick farm for a second time 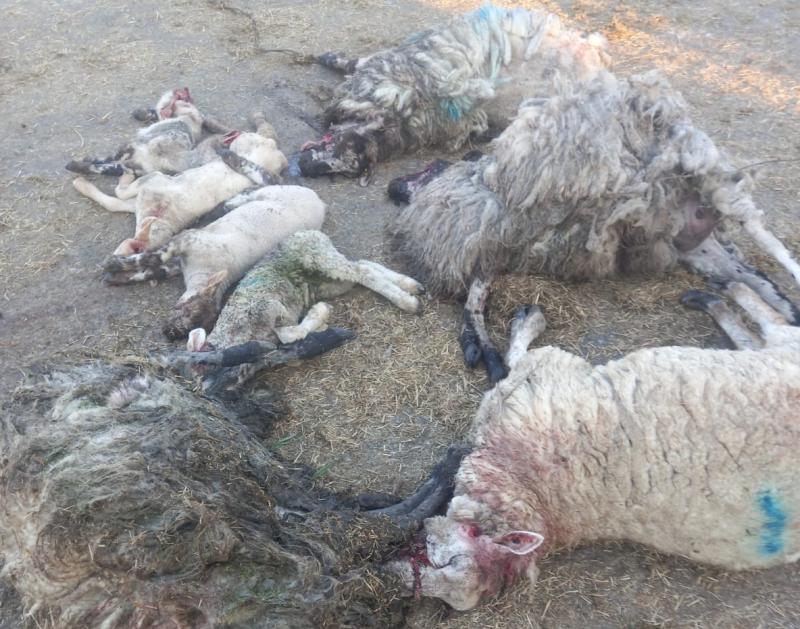 A FLOCK of sheep have been attacked by dogs for a second time in a matter of months.

Last October, Noel Woulfe lost eight sheep after loose dogs went on a killing spree on his farm in Ardagh. When he went down to check on his animals last Thursday morning he witnessed further carnage.

“There were two dogs chasing the sheep. I don’t know what breed they were but they were bigger than Alsatians. They were huge,” said Mr Woulfe, who had around 160 ewes and lambs in three different lots.

“The dogs went into the three fields. The sheep went through wires and gates with the fear. There was one ewe dead and we had to put down three of them. There were four lambs dead and there are a couple more that will die.

“The dogs were going for the throats - they ripped them from right above the ear down to their tongue. It was very distressing to see. All the sheep were affected by it,” said Mr Woulfe, who contacted gardai in Newcastle West.

A garda spokesperson confirmed officers “attended the scene of an incident at farmland in Ardagh”.

The financial loss comes to over €3,000 but Mr Woulfe’s main concern is the welfare of his sheep.

He appeals to dog owners who may live, or are walking their pets, in the vicinity of sheep to keep their animals on a leash or tied up. “Even the nicest dog can do harm,” said Mr Woulfe.

Hannah and Catherine's charity open day at their Limerick farm

“At this time of year ewes with lambs at foot are very vulnerable because they are very protective of their young lambs. In this case four ewes had to be put down plus a number of lambs.

“The impact is greater because the maimed ewes may not have been the mothers of the dead lambs. In addition, the entire flock will have been traumatised,” said Mr Lavery.

At national level, he said IFA has been pressing the Minister of Agriculture to put in place better legislation regarding irresponsible dog ownership. The requests include more appropriate sanctions for those who fail to have their dog under their control at all times and whose dogs are identified worrying / attacking livestock.

The attack is sure to be on the agenda of Limerick IFA's May meeting on Wednesday, May 11 at 8.30pm. It is moving to the Devon Inn in Templeglantine on this occasion.