Limerick home fit for a princess sells for €1.4m 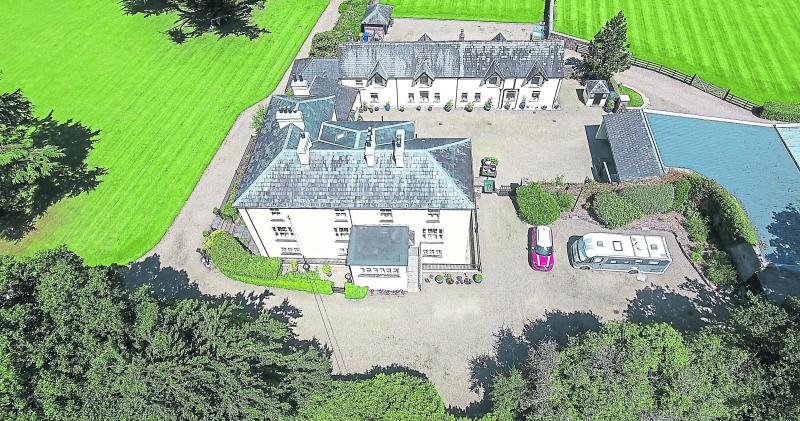 Clonkeen House was built in circa 1800 and is the former residence of Sir Matthew Barrington.

A BUILDER, who renovated Princess Diana’s apartment in Kensington, has sold his Limerick home for €1.4m.

The price paid for Clonkeen House, Barrington’s Bridge, Lisnagry was revealed on the Property Price Register.

The unique-two storey five bedroom over garden level Georgian property was brought to the market by Paul O’Brien, of Chesser Auctioneers.

As well as the five bedroom main house, there is a six bedroom coach house and the old tack room which has been turned into a home office. The properties sit on almost seven acres of landscaped walled gardens.

When it was put up for sale last July, Mr O’Brien said he received enquiries from as far away as Dubai and Hong Kong and as close as Limerick and Dublin.

However, when contacted about the property deal Mr O’Brien declined to comment on the particulars, citing client confidentiality. All he would say about it is: “We are delighted with the sale.”

The previous owner has worked in London and completed renovations at Princess Diana’s apartment in Kensington when she was engaged to Prince Charles. The established builder specialises in the renovations of period properties and worked his magic on Clonkeen House which has its own connection to Limerick royalty – the Barrington family.

It was built in circa 1800 and is the former residence of Sir Matthew Barrington. The family founded Barrington's Hospital and Glenstal Castle, now Glenstal Abbey. Clonkeen House was used as their holiday home.

Speaking in general terms about the property market currently, Mr O’Brien said a little bit of concern has crept in due to the rising cost of living. However, the auctioneer says there are numerous clients still actively looking.

“The problem is there is a shortage of property and that is not going away. There are a lot of people in serious jobs still. Every person that comes out to us, the first question we ask is are you mortgage approved? They all are. There is nobody coming out unless they have the money in place.

“The moral of the story is there is a shortage and until developers start turning soil the demand is always going to be the way it is. The cost of building is the problem for developers. There are probably loads of sites out there with planning but it is just too expensive to do it. It doesn’t add up. It is a catch 22,” said Mr O’Brien.

This, in turn, is putting pressure on the second hand home market. The oft-spoken about Covid-induced trend of Dublin homeowners selling up and moving to the likes of County Limerick is continuing unabated.

“They are selling their four bedroom semi for €700,000 / €800,000, coming down here and buying a palace. It is not about living Dublin and living in the big smoke anymore, it is about the quality of life,” said Mr O’Brien.

The new owners of Clonkeen House have certainly improved their quality of life.