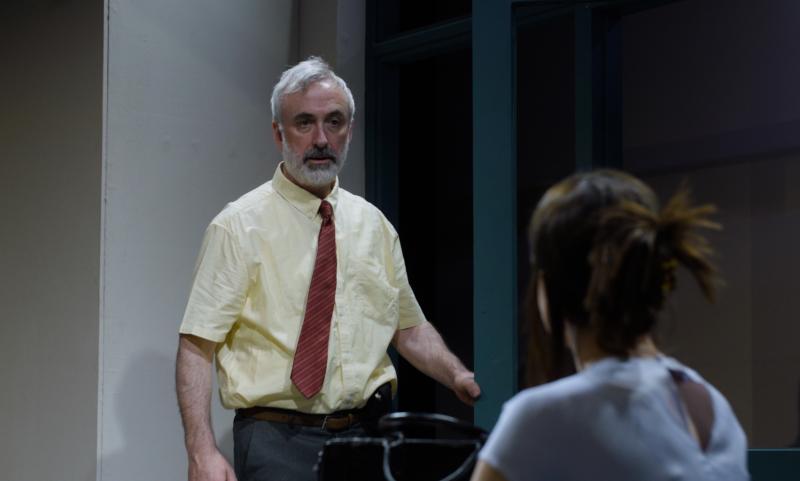 THE critically acclaimed Decadent Theatre Company are returning to Limerick with their tense and thought-provoking play Blackbird.

The play has been produced around the world including in the West End, on Broadway starring Jeff Daniels and Michelle Williams; and a feature film, Una, starring Rooney Mara and Ben Mendelsohn.

This week it comes to the Belltable with performances from Thursday, April 28 to Saturday 30.

Blackbird follows 56 year-old Ray. After years in prison and subsequent hardships he has a new identity and has made a new life for himself, thinking that he cannot be found.

Una, age 27, has thought of nothing else. Upon seeing a photo of Ray in a magazine, she has arrived unannounced at his office.

Guilt, rage, and raw emotions run high as they recollect the passionate relationship they had fifteen years ago, when she was twelve and he was forty.

The dark drama never shies away from the brutal truth of this abandoned and unconventional love.

Star of stage and screen Declan Conlon takes on the role of Ray and says the play examines the psychology of the two characters and the situation they are in, without passing judgement.

"I am looking forward to presenting something like this to audiences around the country.

"It is a complicated piece and there is no guarantee of how people will receive it. I find that fascinating."

Tickets for Blackbird are on sale now.