Aldi reveals how much it spends with suppliers across Limerick 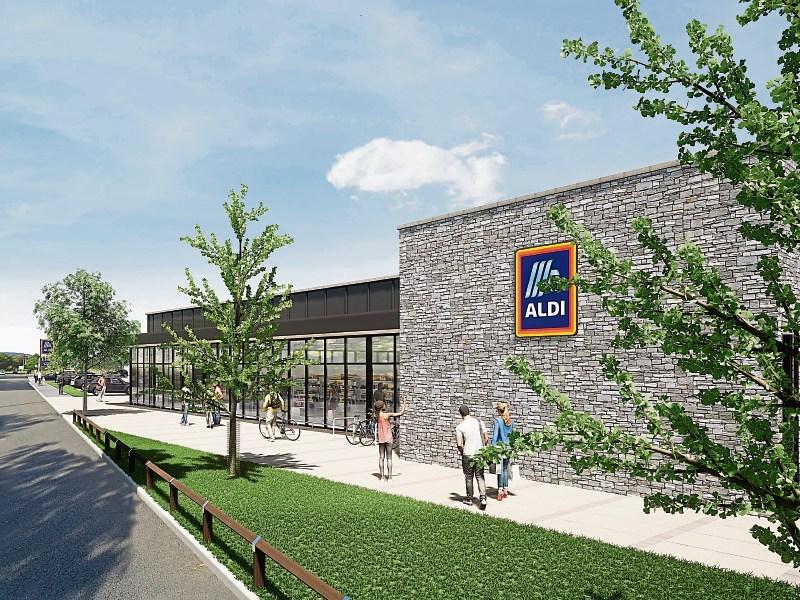 A render of Aldi's proposed new store in Dooradoyle

The news comes as the firm released details of its economic impact report for 2021.

This includes long-term relationships with Twomey’s Bakery in Dromcollogher and Ishka Irish Springwater at Ballyneety.

The company said these stores support multiple charities across Limerick at a local level.

Each store is part of Aldi’s food waste reduction programme, with Aldi’s Limerick stores having donated almost 42,000 meals through FoodCloud to local charities.

The outlets are also part of Aldi’s community grants network, with Killeline Nursing Home and Milford Hospice some of the many local charities that availed of a €500 bursary grant the firm handed out last year.

Niall O’Connor, the group managing director of Aldi Ireland said: “Our goal is to make a positive impact in every local community that our stores serve. Our operations and stores contribute to businesses, communities and families right across Limerick.”

Takeaway in Limerick village closed due to 'extensive rodent activity'

“We have invested €18.5M in our Limerick stores over the last number of years, while we sourced more than €8.5M of locally produced food and drink from Limerick based suppliers last year. Multiple local charities have also availed of our support through our FoodCloud partnership and community grants initiative,” he concluded.

Locally, Aldi has stores at the Dublin Road, the Childers Road, Newcastle West, Charleville and Killaloe. New outlets are planned for Roches Street, Dooradoyle and Moyross.