Council to stage clean-up of significant illegal dumping in Limerick 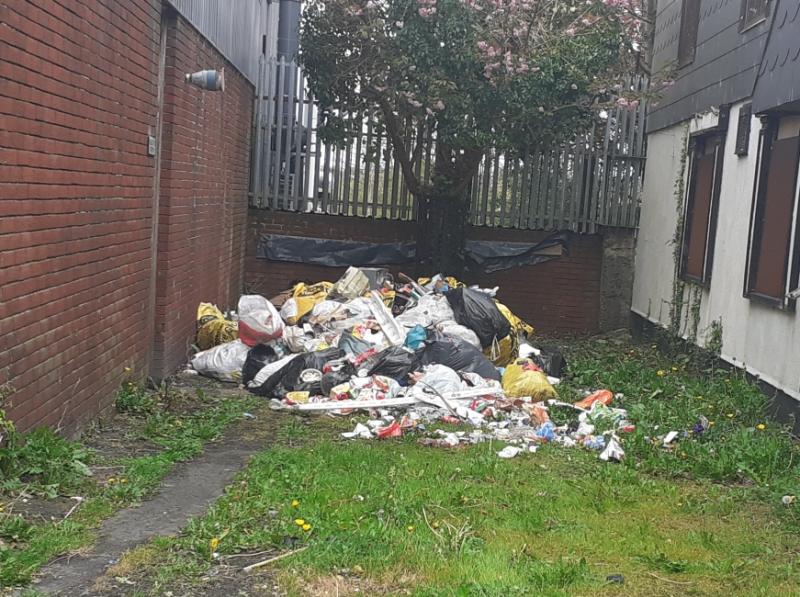 LIMERICK City and County Council has confirmed it's aware of a significant amount of illegal dumping on the northside of the city.

The local authority was alerted to the scene by a local resident, who alleged that more than 100 bags of rubbish, some containing food and domestic appliances, had been left between last night and this morning at land off the New Road in Thomondgate.

It came following a meeting of the residents' association in relation to the matter in the community on Wednesday.

The authority confirmed members of its environmental department visited the site this afternoon.

The dumping has taken place on land which is not in the council's ownership.

But, due to the scale of what has taken place, it said it's arranging to have the material removed.

"It will be likely next week before this is completed owing to the Easter holidays," they confirmed.

The discovery comes less than 24 hours before the seventh annual Team Limerick Clean-Up, where an estimated 21,000 volunteers are to give their local communities a spring clean.

Northside Sinn Fein councillor Sharon Benson has condemned the incident, and repeated calls to have railings erected along the path to make it harder to leave bags there.

She said: "It's disgraceful to see. People need to have respect. Thomondgate is a good community. But the bags shouldn't be dumped in any community. They should have some respect for the people who live in these areas. It's shocking. Communities put in an awful lot of effort to clean places and have pride in their areas, and it's unacceptable for these people who work so hard for this to happen. It's just not right."