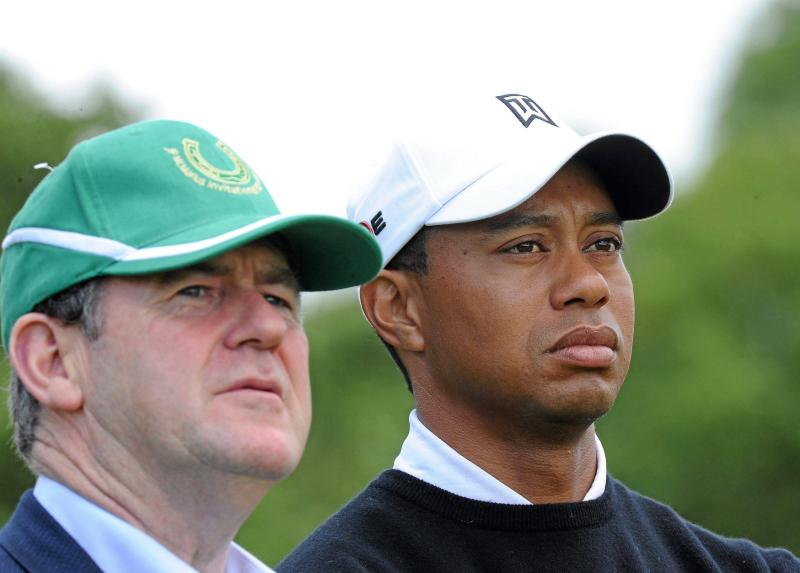 OLD friends JP McManus and Tiger Woods reunited at Augusta National ahead of the US Masters this week. McManus and Woods, friends for decades, have traditionally met at the famous Georgia venue, with McManus a popular figure with the touring professionals.

The video, which shows the affection between the duo, is sure to excite Irish golf fans as JP McManus' Pro-Am is set to return to the fairways of Adare this July 4-5.

In a video captured by Zach Klein, Tiger Woods is greeted by Dermot Desmond and Mr McManus as he makes his way to the first tee for a practice round.

Woods has confirmed his participation in the Masters tournament will be a 'gameday decision' - however those on course this week seem to think the five time US Masters Champion will 'tee it up' on Thursday.

In the meantime, Mr McManus and his team will be hoping that Tiger Woods will have time in July for another trip to Limerick. Woods has played in the JP Pro-Am since 2000 and is considered to be a close personal friend of JP.

Tiger Woods... leaving the practice area and heading to the 1st tee with Justin Thomas and Freddie Couples... Couples' caddie...looked at me and said with a smile...