Agriculture minister learns from the very best during Limerick visit 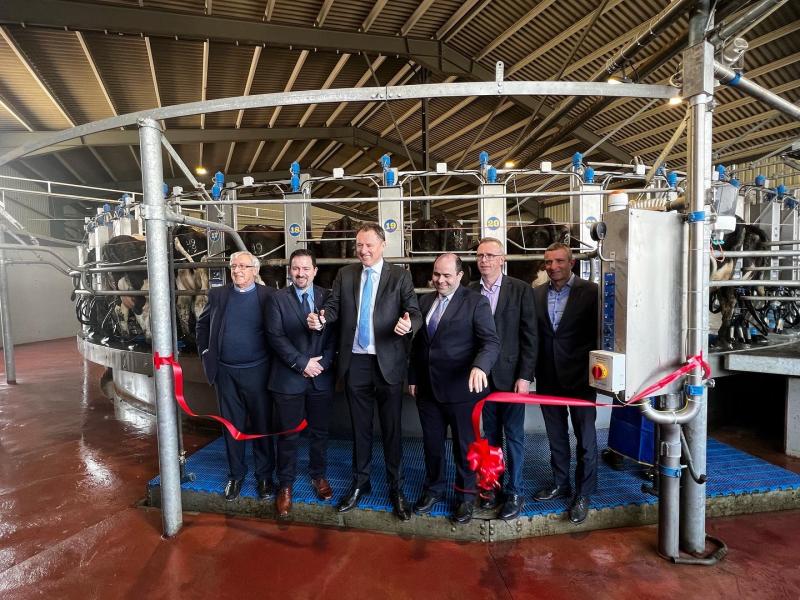 MINISTER for Agriculture Charlie McConalogue visited the best dairy farmers in the country and arguably the best ‘ag’ college in Ireland on a trip to Limerick.

The minister called to Michael, Mary Ita and Alex McCarthy in Feenagh (pictured below). The family were the overall winners of the prestigious NDC and Kerrygold Quality Milk Awards last year. 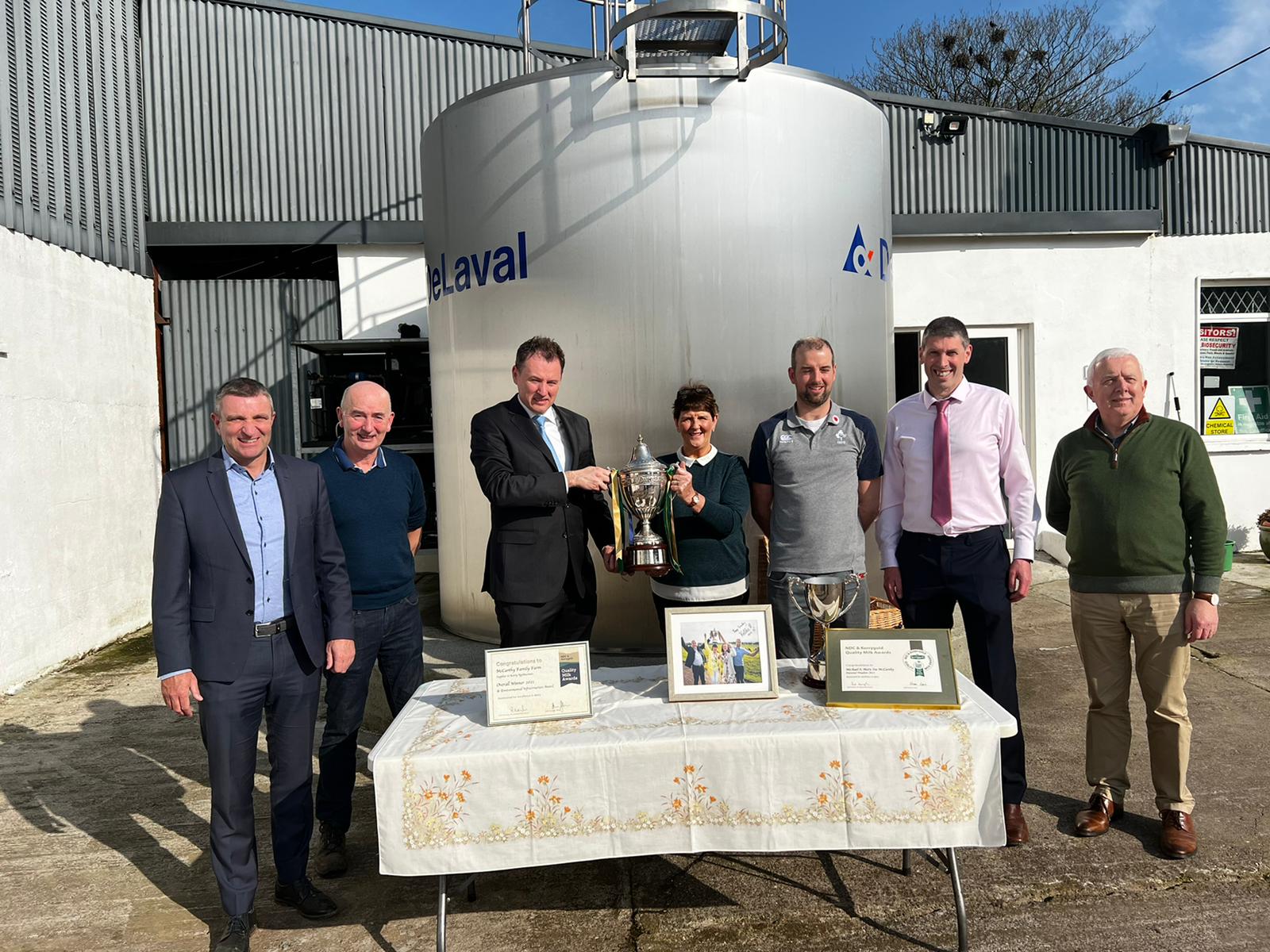 Prior to that, Minister McConalogue attended Salesian Agricultural College where he officially unveiled a 50 unit Dairymaster Swiftflo rotary milking parlour.

The Donegal man was accompanied by representatives of the Salesians, board of the college, principal Derek O’Donoghue, Teagasc and Dairymaster. Addressing the crowd, Minister McConalogue said the completion of this new facility represents “significant investment for the benefit of the future of farming in Ireland”.

He also paid tribute to all those involved in delivering the rotary parlour during difficult and challenging times.

Mr O’Donoghue said the opening of the new facility is part of the growth strategy planned for the college.

“Numbers are growing year-on-year and with more attractive facilities the plan is that this trend will continue to increase. The founding tradition of the college is in providing educational training based on real needs and employment opportunities. The economy will once again be calling on the need for food and agricultural education is thankfully in high demand,” said Mr O’ Donoghue.

Great to attend my alma mater @SalesianAg Pallaskenry for the opening of the new state of the art milking parlour with @agriculture_ie Charlie McConlogue pic.twitter.com/pe9EU1Z9VG

Minister for State Niall Collins welcomed the fact the facility will attract visitors both nationally and internationally to experience a world class education and training facility.

He said Salesian Agricultural College has been educating farmers for over 100 years and this state-of-the-art rotary milking parlour shows they remain at the cutting edge of agriculture in 2022 and will do so long into the future.

“It is vitally important that the next generation of farmers - male and female - have the very best equipment and training available to them,” said Minister for State Collins, who commended the Salesians, board of the college, and principal Derek O’ Donoghue for making this major investment.

“We in County Limerick can be proud to have an agricultural college to match the hard-working men and women farmers locally who provide food on our tables, contribute massively to our exports and support the rural economy,” concluded the minister for state.