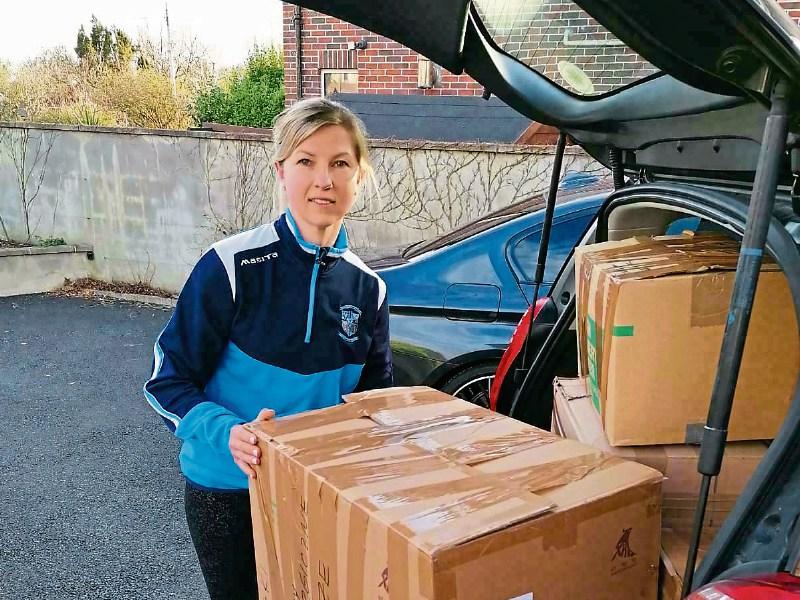 Pati Simring, a special needs assistant at St Mary’s National School led the efforts between her school and Le Cheile to donate almost €2,000 to the Ukraine appeal

TWO local schools and a city business have shown incredible generosity to the Ukraine appeal, raising almost €3,000 between them.

St Mary’s National School and Le Cheile National School in Roxboro teamed up with Melody Cafe at Foxes Bow to collect cash donations which were spent on medical supplies for refugees arriving at the Polish border.

A special needs assistant at St Mary’s National School Pati Simring then co-ordinated the operation sourcing supplies both here in Limerick, and over in Poland.

She dropped off boxes at the former Cleeve’s factory, where goods were dispatched to Eastern Europe last week, while she also made contact with medical supply firms in her native Poland who provided items to some of the worst hit areas by the Russian invasion.

“​It started off just asking staff to contribute and donate, and it gathered legs. People in the community got involved. Parents got involved, there was a bucket collection. We wondered how we best got the supplies to those who need it the most, and that's where Pati came in. She knows families in Poland who have taken in Ukrainian refugees and she is dealing with people who are working on the border between the two countries and setting up refugee camps. She sourced supplies in Poland and it went directly to refugee camps,” he said.

Around €800 worth of band aids and wound wrappings were source for people who have had to walk for days to escape Ukraine with exposed wounds left untreated.

Mr O'Bryne praised the school community, adding: “This is a real positive. It shows the generosity of our staff, our pupils, our parents and people in the community.”