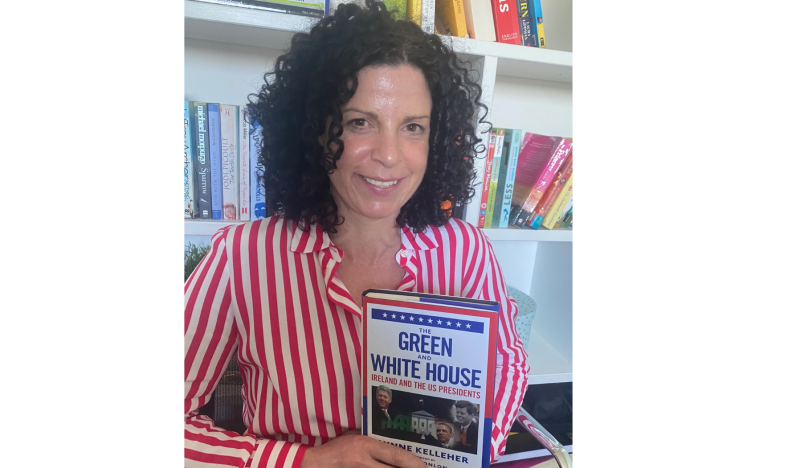 A NEW book by a Limerick journalist explores the shared history and unique position of influence Ireland has held at the heart of the White House.

Lynne Kelleher's interest in Irish-American Presidents was sparked when her first job straight out of journalism college was helping to escort the former US Ambassador to Ireland.

Since then the Athlacca native has written for a variety of national publications about many aspects of Irish life from the Magdalene Laundries to US Presidential visits.

The links between the most powerful office in the world and Ireland are well known however Lynne takes a more thorough look at the stories behind the headlines in her new book, The Green and White House.

Limerick features heavily in the book as Lynne delves into the special transatlantic courtship and deep rooted family trees shared by the two nations.

Readers will learn about the 'F' in JFK, President Kennedy's grandfather, John Fitzgerald, whose father hailed from Bruff.

The bible used at President Kennedy's inauguration came all the way from Bruff thanks to his American based first cousin, Tom Fitzgerald.

The Green and White House also features stories from President Nixon's trip to Ireland in 1970 including the misplaced machine gun that a member of the Secret Service dropped during a crowd surge in Hospital.

Another anecdote focuses on how a sitting room in Kilfrush Stud just outside Hospital was turned into a Situation Room where Henry Kissinger briefed President Nixon on Vietnam peace negotiations.

The Green and White House by Lynne Kelleher is out now.