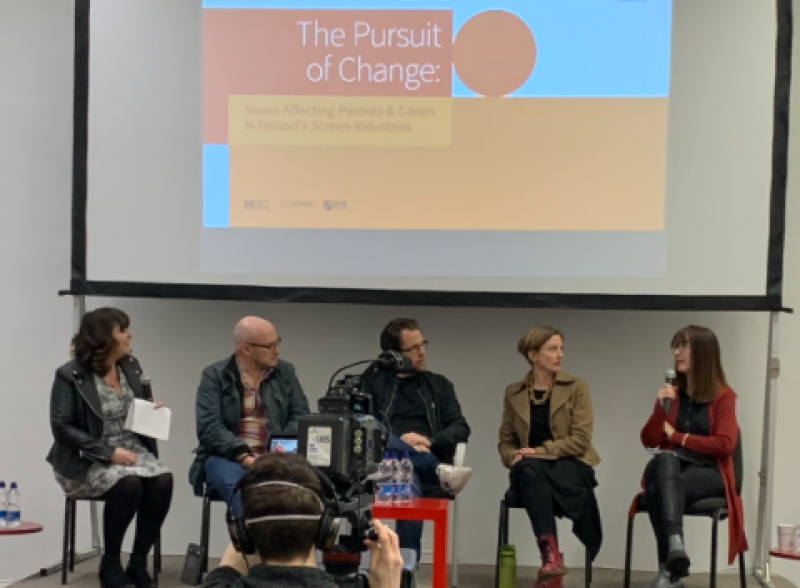 A LIMERICK lecturer has written a national research report about parents and carers in Ireland's screen industries.

The research team was led by Dr Susan Liddy, a lecturer in the Department of Media and Communication Studies in Mary Immaculate College, Chair of Women in Film and Television Ireland and a Board member of Raising Films Ireland.

The report titled Pursuit of Change: Issues Affecting Parents and Carers in Ireland's Screen Industries, is based on the results of the first survey of its kind and explores the challenges that parents and carers in the Irish creative screen industries face on a day-to-day basis.

Dr Liddy commented: "The Pursuit of Change survey was completed by over 450 people ensuring we no longer have to rely on anecdotal evidence or the accounts of a handful of workers to really understand how work in the screen industries can impact parents and carers.

"Juggling caring responsibilities and work obligations can be demanding across many sectors. But in the screen industries, characterised by so many freelance workers and extremely long working hours, there are very particular challenges."

"But it is heartening to have so many stakeholders unite to tackle the issue. Together, we have an opportunity to change the landscape, to recognise and honour the role that caring plays in all our lives and to ensure that we are not driving skilled and committed workers out."