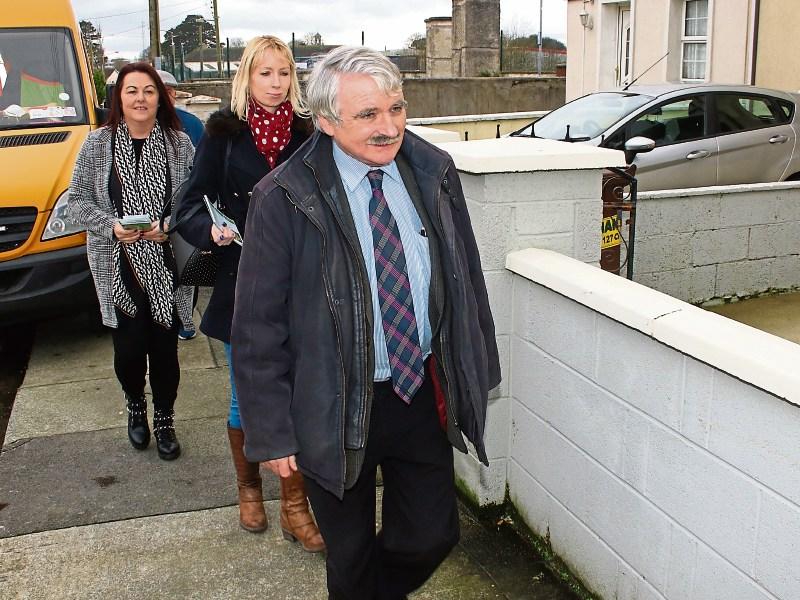 Willie O’Dea on the trail in Fairgreen in the city during the 2020 general election campaign PICTURE: Adrian Butler

FORMER Defence Minister Willie O’Dea has warned the culture in politics must change – and admitted he’s fearful of seeing the “end of democracy”.

Mr O’Dea was speaking as he marked his 40th anniversary serving Limerick in Dail Eireann.

He says public life has become “much more coarse and difficult” in the last few years.

“The culture has changed dramatically in the last 40 years, not only in terms of the respect the public have for politicians, but the respect politicians have for each other. Public life has deteriorated since I went into it, there’s no question about that,” the veteran TD told the Limerick Leader.

He said he hopes prophecies of the “end of democracy in America in 10 years” is wrong.

“But the culture will have to change,” the Fianna Fail man added, “I’m not saying we are at a tipping point, but things have disimproved quite dramatically. We cannot have a situation where this continues indefinitely. If we get to this, the centre won’t hold. I’d quote [former British Prime Minister] Winston Churchill, who said ‘democracy is the worst thing in the world – except for all the others which have been tried’.”

Limerick's Willie O'Dea ‘not unduly worried’ about Sinn Féin government, as he marks 40 years as a TD

The personal safety of politicians and other public figures has also become a big issue in recent years, and Mr O’Dea admits he has experienced some antipathy from some sections of the electorate.

“People have become much more abusive towards politicians, much more intolerant. A growing core of the electorate are of the view politicians are all in it for themselves, that they are all inherently corrupt and they have their own self-interest and not the national interest at heart. They are losing faith in democratically-elected politicians which is a very unhealthy trend in democracy.”

Over his four decades in senior Irish politics, Mr O’Dea served in a number of government roles including two stints as a junior minister in the Department for Justice.

A huge vote-getter, there were regular occasions where his vote surplus helped a second Fianna Fail candidate secure a seat in the constituency. Most notable was the occasion in 2007 when the Kilteely man secured almost two-and-a-half times the quota, with Peter Power – another former junior minister – winning a Dail berth on that occasion, as Mr O’Dea topped the poll with 19,082 first preferences.

Mr Power would then go on to lose his seat in 2011, as the Fianna Fail vote sank in the wake of the country’s economic meltdown. Then, the former Defence Minister went from seat one to seat three in the newly-created Limerick City constituency.

He returned to the top of the poll in 2016, sparking questions over why the deputy did not have a running mate.

Former mayor James Collins joined him on the ticket in 2020, but failed to be elected to the Dail, with Mr O’Dea losing his polltopper crown to Maurice Quinlivan of a resurgent Sinn Fein.

He feels selecting two candidates in wards across the country did his party more harm than good.

“If you have a situation where its evident at the time you’ll only win one seat, and there are two pretty strong candidates, you could cancel each other out and both lose a seat. That happened in a number of constituencies,” he added.

And he criticised the party for allowing its confidence and supply deal with Fine Gael to continue, predicting had the Soldiers of Destiny cut-and-run earlier, they would have done much better.

He concluded: “Historians will look back on that period, and wonder what were Fianna Fail at? Why did they jeopardise themselves electorally?”