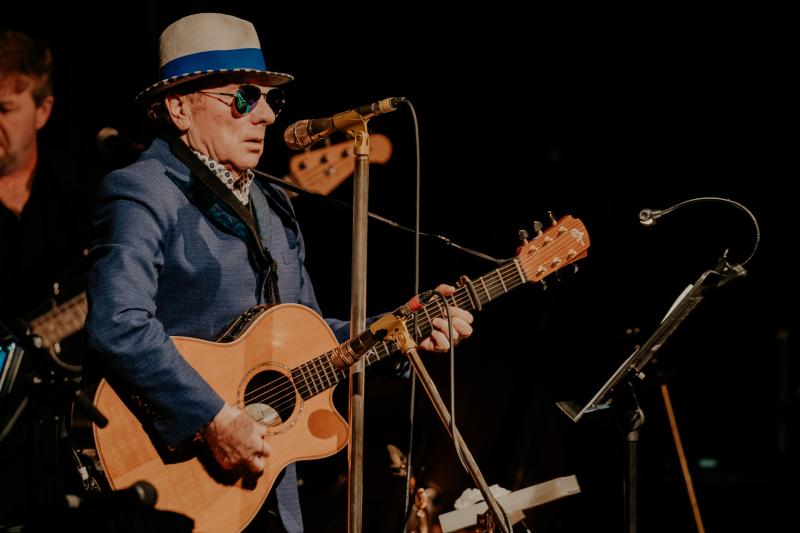 Northern Ireland singer songwriter Van Morrison has this morning announced a Limerick show to be held in the spectacular setting of King John’s Castle, on June 29 2022.

"We are so delighted to welcome Van Morrison back to Limerick. His performance at King John's Castle will be a welcome boost to Limerick's summer schedule and we hope this will be a concert that will welcome audiences from far and wide".

Tickets go on sale at 9am this Friday via Dolans.ie ticketmaster.ie.

Born in 1945 Van heard his Shipyard worker father’s collection of blues, country and gospel early in life. Feeding off musical greats such as Hank Williams, Jimmie Rodgers, Muddy Waters, Mahalia Jackson and Leadbelly he was a travelling musician at 13 and singing, playing guitar and sax, in several bands, before forming Them in 1964.

Ed Sheeran is bringing his campervan and his baby to Limerick

Reflecting on new life in America on the joyous Sinatra soul of Moondance (1970) and the country inflected Tupelo Honey (1971) he summoned old spiritual and ancestral life in the epic St Dominic’s Preview (1972) closer track Listen To The Lion.

Double live album Too Late To Stop Now (1973) highlighted Morrison’s superlative performing and bandleader skills. Mapping out a richly varied musical course throughout the 70s he shone among an all-star cast including Bob Dylan and Muddy Waters on The Band’s Last Waltz.

Awards and accolades - a knighthood, a Brit, an OBE, an Ivor Novello, 6 Grammys, honourary doctorates from Queen’s University Belfast and the University of Ulster, entry into The Rock n Roll Hall of Fame and the French Ordres Des Artes Et Des Lettres - attested to the international reach of Van’s musical art.

With one of the most revered catalogues in music history and his unparalleled talents as composer, singer and performer Morrison’s past achievements loom large. But, as throughout his extraordinary career, how that past informs his future achievements and still stirs excitement and keen anticipation.