Seventeen great movies to watch on TV this week 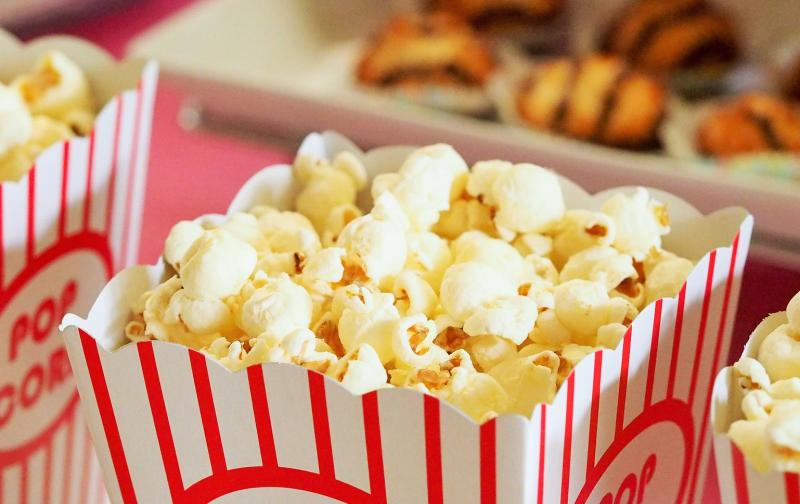 Springsteen fans, get your drinks and grub ready for a treat. Javed Khan has discovered the Boss and through his music sees a way out of his dreary existence. His traditional father has other ideas though. A joyous and exciting look at family, bigotry, tradition and the power of a good tune. Even if you aren't a fan of the music you'll appreciate the message. Viveik Kalra is a game lead and a face to look out for in the future.

In post war London Miss Pettigrew has just lost her job as a governess and takes up a new position working for a famous American actress. Chalk and cheese is a term that comes to mind in a witty and bubbly take on the 83 year old novel of the same name. It nails it's period setting too but the film's real strength comes from the central pairing of Frances McDormand and Amy Adams with both actors fully displaying the skills that have made them famous.

The life and times of Sir Percival Wallace, a British army Colonel who was one of the first outsiders to explore the Amazon jungle, a place he rapidly became obsessed with. My favourite film of 2017. An old fashioned drama with an epic scope, that's laden with wonder and amazement. Charlie Hunnam does career best work as Wallace and Sienna Miller, Robert Pattinson and Tom Holland back him up admirably.

Ronan (what a name) is home after 15 years in the big house. He was accused of a murder he cannot remember committing and the father of the woman killed wants his revenge despite the fact the man has served his time. A dark, dank, and menacing Irish film about our warped connection to the land and the secrets that lie beneath it. Moe Dunford and Lorcan Cranitch both do astounding work here as two men torn asunder by the past.

Take the classic French story of Cyrano De Bergerac and transplant it into anywhere USA. Add Steve Martin as a man with a killer personality who's ashamed of his physical side and throw in a love interest and a love rival. Sprinkle it with a dash of whimsy, a whiff of loneliness, a side order of belly laughs and you get a perfect Sunday morning movie. Martin, a luminous Daryl Hannah and a charmingly clumsy Rick Rossovich all do funny work.

Charlotte Field is in the middle of a presidential campaign when she bumps into journalist Fred Flarsky, who she used to babysit. They are polar opposites but when she hires him to write a speech for her sparks start to fly. Seth Rogen tones down his usual schtick in an amusing and heartfelt comedy drama and is far more likable than usual as a result. Charlize Theron though is the star of the show and displays a fantastic comic streak that should be used more often.

Michael Joyce is angry, he's disturbed and he wants revenge for the death of the woman he adored. Revenge though.... it's just one of those things where the reality never lives up to what you imagined. A British murder mystery film noir from 1947 that really hits the spot. It's a little bit darker and more mean spirited than American noir cinema and all the better for it. James Mason and Pamela Kellino brilliantly sell a tale packed with irony.

The Soronprfbs need a new keyboardist and John's the man for the job. The only band member ok with the new recruit is Frank, the eccentric lead singer who always wears a papier-mâché head. The recording of the new album is going to be strange. Lenny Abrahamson's 2014 comedy drama is an odd, whimsical, upsetting but enjoyable watch littered with fine turns from Domhnall Gleeson, Maggie Gyllenhaal and Michael Fassbender.

Jay finds herself being followed by something weird after she spends the night with her boyfriend. To say anymore would ruin an unsettling and original horror film that takes a ridiculous premise and turns it into a suspenseful story that's darkly funny and flat out terrifying in places. Director David Robert Mitchell is obviously a John Carpenter fan too but that's no bad thing. Maika Monroe as Jay is a mighty lead.

Mark Thackeray has travelled from the West Indies for an engineering job but takes a teaching job in the interim. But he'll be teaching in London, it's the 1960's and he's a black man. Things aren't going to be easy. Sidney Poitier steals the show in a warm and gentle story with his charming portrayal of a teacher who realises kindness will always net a better result than anger,

A man gets a memory of a holiday implanted into his brain but the procedure unlocks a whole mess of trouble for him. One of Arnold Schwarzeneggar's most complex and entertaining films and one that's full of the carnage and action that made him famous. Wicked special effects and make up add to the fun. Sharon Stone, Rachel Ticotin and Michael Ironside all bring something to the whole amusing mess. Not for the squeamish.

Franz Kindler has escaped to America and is hiding from the War Crimes Commission hunting him for his part in the final solution. An agent called Wilson is hot on his heels, determined to out him for all to see. Orson Welles, who also plays Kindler, directed this post war film noir and he makes a hell of a job of both his parts. A tense and fast moving story with Edward G. Robinson as Wilson being as watchable as always.

The Joads are heading west. The great depression of the 1930's has hit Oklahoma hard and with their homes and farms seized people are seeing California as the only way out. Route 66 is a long and arduous trip though. Widely considered one of the best films ever made, director John Ford turns his camera away from Monument valley and towards the long ignored stories of America instead and we get a masterpiece. Jane Darwell and Henry Fonda head a stacked cast beautifully.

A man and a woman fall in love with each other over a series of meetings in and around their railway station. The only problem is she's married and they live in an era where this just would not do. David Lean's 1945 drama is a peach. One which will actually break your heart and maybe even ruin your day but it's so worth watching. Beautiful acting from Celia Johnson & Trevor Howard and a clever narrative twist make it one you'll remember for an age.

Set on the wild frontier of 19th century America, Slow West is the story of a young man travelling to see the woman he loves and the people he meets on the way. A deep and thoughtful story, more so than your usual westerns, about the good and bad that people are capable of, but one that still delivers all the beats the genre is known for. Kodi Smit-McPhee & Michael Fassbender as the leads are both convincing.

A Brooklyn bookkeeper called Loretta finds herself struggling with romantic problems when she's engaged to one brother but falling for another. What to do? What to do? This 35 year old comedy drama is a joy to behold. Warm, funny and dotted with memorable characters but also plenty of dramatic heft to keep you fully involved throughout her journey. Cher, Olympia Dukakis, Nicolas Cage (proving here that his latter day unique persona is nothing new) and Danny Aiello are all wonderful.

The gangs of New York have come together to call a truce and to join up and take over the city but when the man with the plan is murdered one street gang is wrongly accused and now they have to try to stay alive over the course of a night with every other gang in the city out for their blood. A highly invigorating and imaginative action film crammed with wonderfully designed characters and gangs, bruising set pieces and topped off with a super soundtrack.