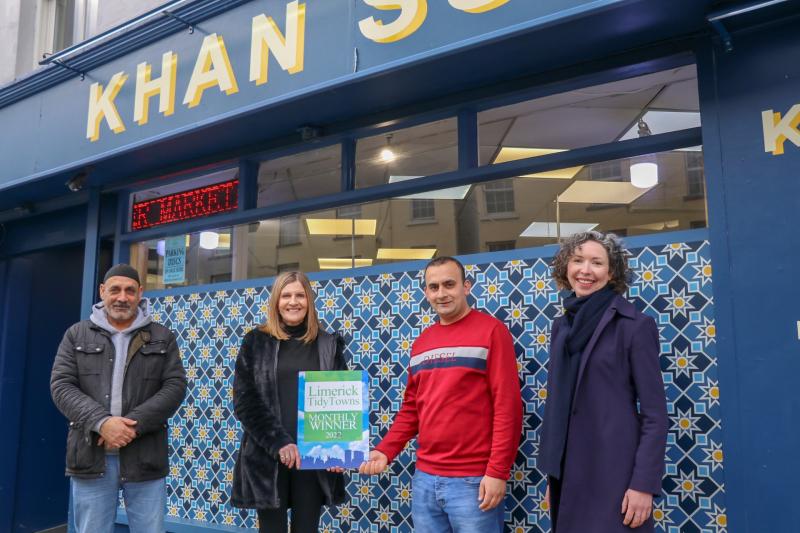 The shop owners have been recognised following the makeover of their shopfront last summer, and volunteers from Tidy Towns kept it in mind when restarting their awards scheme after two Covid-19 hit years.

Maura O’Neill of Limerick City Tidy Towns said: “The shop frontage has been rebranded with new signage and utterly transformed by Hodkinson and Co, also based in Henry Street, into a highly attractive retail unit, while still retaining its traditional features. The difference is truly striking and improves this whole section of Henry Street by its east meets west design, where a traditional Irish painted shop front has been boldly designed to fit with an Arabic style.”

Khan Supermarket is a specialty store which sells grocery, meat, poultry and beverages from all around the globe.
Its spices range from all across the middle east and India.

In early 2021, the property’s owner Nicole Dunphy and the tenant Karim Hamadi came together with the view of improving the overall appearance of the building, which had become quite shabby and dated.

This included replacing the PVC windows with timber sash windows, replacing much of the traditional  timber shop front, adding hand-painted signs and a more suitable colour scheme and lighting.