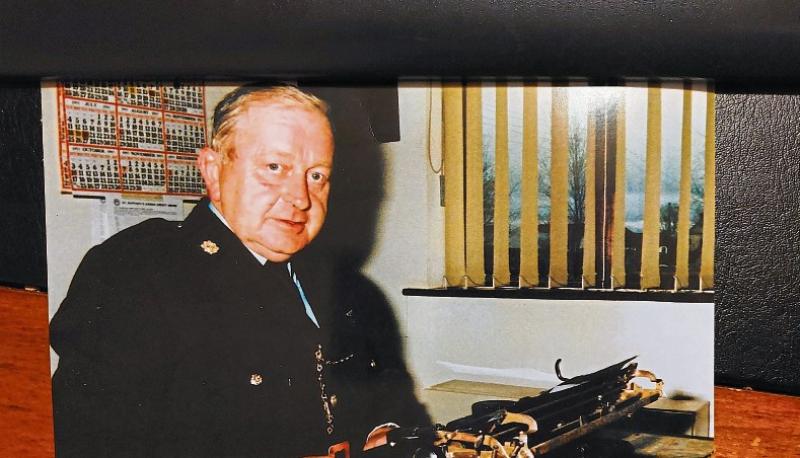 TRIBUTES have been paid to Denis Moore who served as a garda in Kilmallock for almost 30 years.

Denis, of Lord Edward Street, Kilmallock passed away peacefully in the tender and loving care of his wife Mags and family last Friday.

He joined An Garda Siochana in 1958. He was stationed in Bruff, Mary Street in Limerick city, and Athea before he took up his post in Kilmallock in 1965 where he remained until his retirement in 1993.

Denis was also a GAA referee and played football with Kilmallock.

Denis’ wife Mags and his daughters Siobhan and Mairead always came first in his life, closely followed by his love for the game of golf.

“Denis was so proud of this,” recalled his good friend Barra O’Dwyer.

“Anytime I would call after an outing, the first questions were ‘who won?’, ‘how many played?, and ‘any new members?’. Denis always said we created a monster as Kilmallock Golf Society is now one of the biggest societies in Ireland,” Barra added

He will repose this Thursday evening, from 6pm, at Daffy's Funeral Home, Kilmallock, followed by evening prayers at 7.30pm.

Denis' Funeral Mass will take place at 11am on Friday at St Mary's Church, Ballingaddy with burial afterwards in the adjoining cemetery.