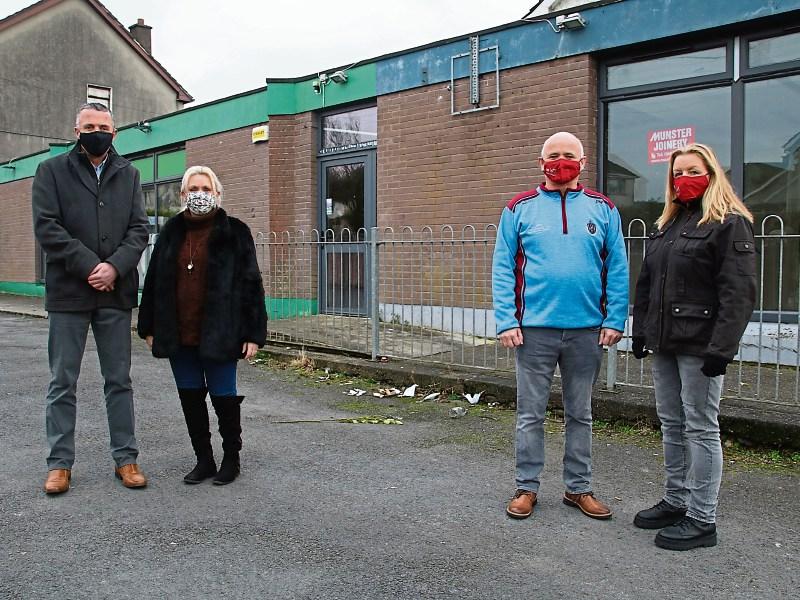 A FORMER bank and post office on the northside could be turned into an amusement arcade.

Amusement Equipment is seeking planning permission to convert the former Bank of Ireland and post office branch at the Caherdavin Shopping Centre into a gaming arcade and an internet cafe.

However, locals have expressed their opposition to the project, which the developer says will deliver five jobs to the area.​

Mags Brown, the vice-chairperson of the Caherdavin Residents Association pointed out there is another amusement arcade a short walk away at the Funzone bowling alley in the Ennis Road.

She said what is proposed “is not appropriate for this area.”

“It's a residential area. We already have an arcade down the road, and we have ample coffee shops. We don't want to encourage our children or adults to spend their time in an arcade and gaming centre,” Ms Brown said, “A lot of children would pass this area in the morning and night. We don't want to glamourise gaming and arcades.”

Pat O’Neill, who chairs the neighbouring Clonmacken Residents Group said the project “would not support the primary function of the area.”

“Arcades target vulnerable and poor people and this is something we will not support,” he added.

In a design statement, agents for Amusement Equipment point out the property will act as a community and social area for adults of all ages to meet and network together.

“The gaming side of the proposed business will involve interactive gaming whereby customers will pay to use the gaming computers provided and will play interactive and E-games. The internet cafe will allow customers to use Wi-Fi and computers will be provided for web access,” the statement said, adding that the site will be covered by CCTV.

But local Fine Gael councillor Olivia O’Sullivan feels the site would be better served by another business.

Ms Brown says she has also secured support from the other five northside councillors, Na Piarsaigh and Caherdavin Celtic FC.