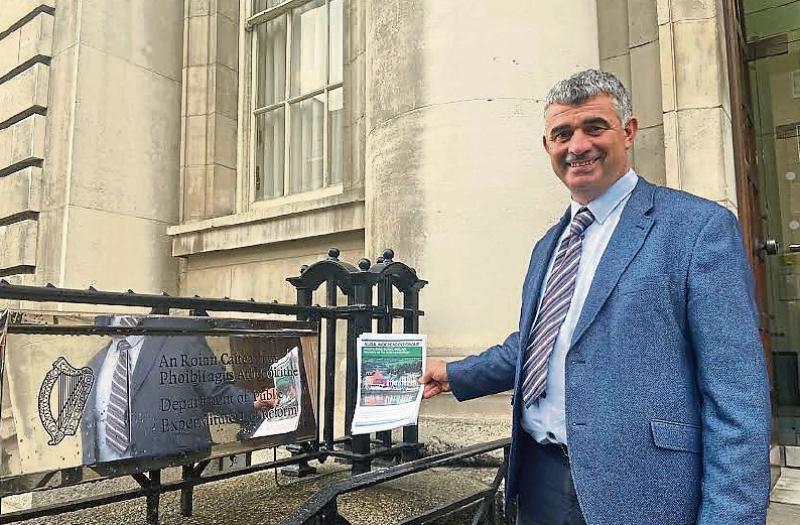 INDEPENDENT Limerick TD Richard O’Donoghue has questioned the value-for-money in the salary paid to the CEO of the Health Service Executive, Paul Reid.

Deputy O'Donoghue claims that Mr Reid, who is paid around €420,000, “oversees a broken health system that has not improved in the last 12 months.”

In a statement, he contrasted the €350,000 salary of Ursula von der Leyen (European Commission President) who answers to nearly 500 million people across the continent.

"Paul Reid earns near €420,000 per annum and answers to five million people. Surely, this does not make sense,” he said.

“Where is the value for money in the Director General?”

The County Limerick TD went on to highlight local health issues which, he says, have not been addressed during Mr Reid's tenure as CEO.

“University Hospital Limerick continues to top the poll for overcrowding. How many intensive care unit, ICU, beds have been created through his time? When are the waiting lists going to be dealt with? When is the trolley crisis going to be dealt with? Where is the value for money? As I have continually said there are loads of rules and regulations, but nothing is enforced or there is no accountability.”