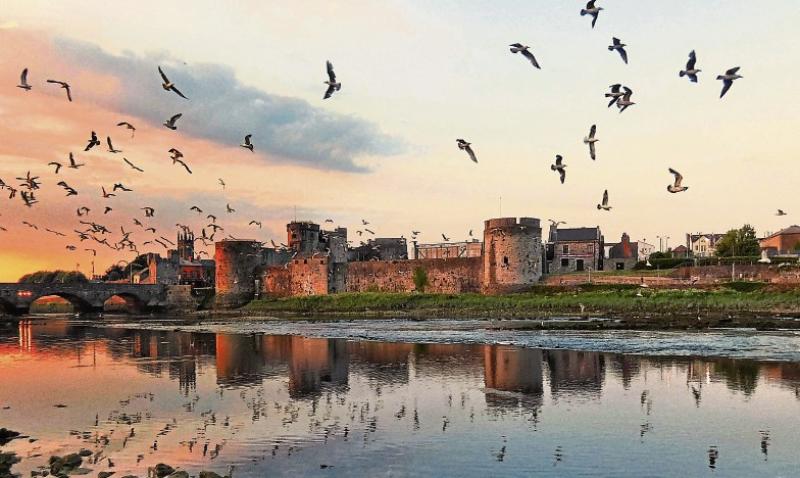 THIS YEAR is going to be a big one for King John's Castle as its gets new custodians, and plans to ramp up its opening hours.

But what's in a name? Despite the fact King John's Castle is used in common parlance, local historian Joseph Lennon has discovered that down through the years, it's not always been referred to as belonging to the British monarch.

Indeed, were it not for an influential historian in the 18th century, we could be referring to Limerick's key tourist attraction in very different language today.

In an article for the winter edition of the popular Old Limerick Journal - in shops now - Joseph reflects how over the years the fortress was known as the King's Castle at Limerick, the Constable of Limerick Castle, and simply, Limerick Castle, something many people have called for it to be called as of now, with a feeling that internationally, it's important the city on the Shannon is mentioned for tourism purposes.

The first published mention of King John's Castle was made until 1787 - almost 600 years and four sieges since it was built.

This came from local historian John Ferrar in his book entitled the History of Limerick.

“I thought the most logical place to look was the earliest written histories which up to now have been strangely overlooked. So I searched for the first published history from John Ferrar in 1767 and his enlarged book in 1787. Strangely enough, he doesn't mention King John's Castle in 1767. But in 1787, he said upon fresh knowledge, he refers to it as King John's Castle,” explained the historian.

Interesting to note, Joseph says, are the 'subscribers' Ferrar had to his journals, something he described as a ‘who's who’ of Limerick society at the time.

Given the influence of the writer, and the circles in which he mixed, it's possible a common consensus to name the castle after the British monarch was reached, and stuck with around 1787.

“This is the earliest reference I have to King John's Castle in published form. I've also mentioned through the references in Ferrar's Limerick, the Who's Who of Limerick are among his subscribers. His name would have been on the lips of many in high society. When he put pen to paper, people took notice” he said. 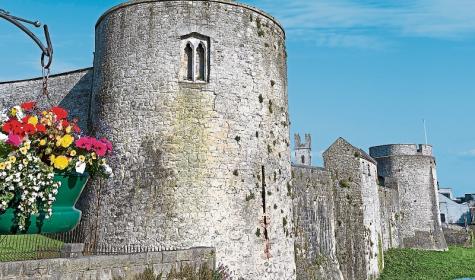 From 1787, according to Joseph's exhaustive research, King John's Castle was referred to in 99% of all publications, including the travel journals of the 1800s.

Joseph has been researching the topic since 2018, and draws on 121 references for his four page article.

Of course, John Ferrar wrote in a time in which globalisation was not a topic - mass tourism was not present, with only the few very wealthy able to travel.

Fast-forward to 2022, and Covid-19 permitting, Limerick will hopefully welcome thousands of visitors from across the world.

And branding is key, which has led to calls to place the Treaty city's name front-and-centre of the popular attraction.

This would differentiate it from the King John attraction in Carlingford - which has already been named after the Louth town - and even the 15th century tower house built in Kilmallock's Sarsfield Street.

Joseph, who insists he has no "skin in the game" regarding that debate, said: “It would be nice to have it called Limerick Castle. It's easy to re-brand a castle, as we see from the other famous King John's Castle in Carlingford. It could always become known as King John's Castle Limerick - international branding is important.” 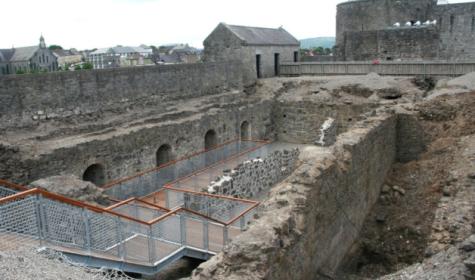 Another interesting debate to be had is whether the monarch John ever actually came to Limerick.

Joseph says there is “no primary documentary evidence” to suggest the King ever actually visited Limerick.

“Though hard to trace his exact movements in Ireland in 1185, he appears to have followed his father's route, progressing through parts of west Waterford, south-west Kilkenny and south Tipperary and back to Leinster through Kildare staying in Dublin before departing again for Limerick. Moreover John's 1210 itinerary shows no visit to Limerick while campaigning in Ireland,” his piece on the naming of the castle reflects.

However, he adds that other historians have reported he did set foot on the banks of the Shannon, with Maurice Lenihan and the Rev James Dowd subscribing to this view.

Historians today though, dispute this, notably the curator of the Limerick Museum Brian Hodkinson and Dr Matthew Potter.

What is known is John is a hugely significant figure in Limerick, giving the city its ancient charter in 1197 and granting the city the rights to hold a fair in 1204. And ultimately around 1210, commissioning the enlargement and fortification of the city's landmark.

As for the name of the castle, like with so much in history, it's hard to come to a firm conclusion.

“A lack of tangible oral evidence makes it hard to sustain, with any degree of conviction, when the name King John's Castle was first used.

“Therefore it is, realistically, entirely possible the parochial use of the moniker existed before 1787. Moreover, it could be argued that, judging by the number of subscribers listed at the end of Ferrar's book - which includes a virtual who's who of Limerick society - the name would be hereafter used in common parlance. Ferrar by naming the castle after the last Angevin monarch indelibly tied King John's name to the city of Limerick” Joseph concludes.