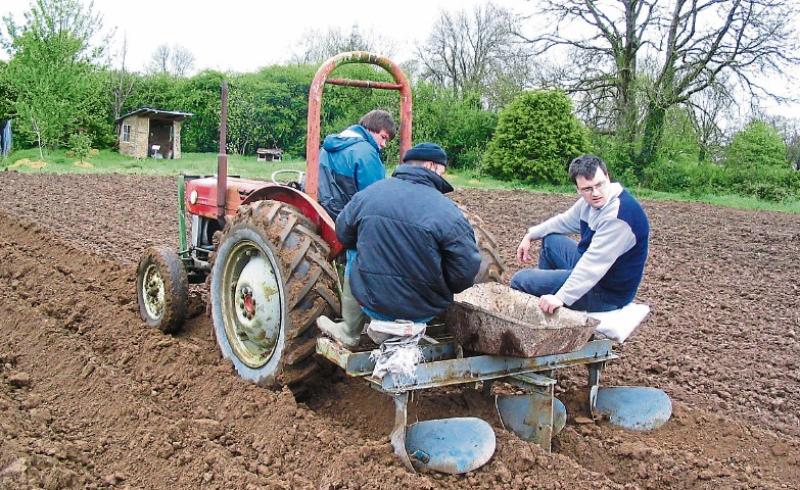 THIRTY years after An tIonad Glass, the Organic College in Dromcollogher, opened its doors, the increased popularity of home-growing and increase in demand for seed and gardening materials are beacons of hope for the future.

Based in the town where the Irish Co-operative Movement was founded in 1889, the motto of those co-operative pioneers, “Better farming, better business, better living” still has relevance today, according to Jim McNamara who helped establish the Organic College.

“To this, many in the organic movement have added “Earth care, people care and fair share!” he said.

Recalling the events which inspired the setting up of the Organic College, Mr McNamara explained that 1989, the centenary year of the Co-operative Movement, was marked in Dromcollogher by the setting up of a creamery museum and cafe and the purchase of an adjoining acre of land.

At the same time, he continued, a group of teachers at the local Vocational School were searching for an inclusive curriculum that suited rural areas and a range of courses for food and agriculture was developed. “This programme gave teenagers growing, marketing, as well as food preparation experience,” Mr McNamara recalled. “There followed a demand for adult classes and with the availability of an acre beside the cooperative museum, the match was struck for the start of the Organic College in 1991.”

It was a hectic start, he admitted. “How do you start an adult, full time course in organic horticulture, with goodwill, but no modules, no books, nor students and an old Creamery for a classroom? The move from the school garden with 25 willing teenagers, to an acre in the centre of the town was in hindsight a bit of, “Build it and they will come!”

But with buy-in from various agencies including Ballyhoura Development, West Limerick Resources, Fás and Teagasc, and the arrival of Dr Sinead Neilan, the current head and other staff, the good start proved indeed to be half the battle and numbers began to grow.

“Getting the first organic modules in Ireland accepted and nationally certified was a major achievement,” Mr McNamara recalled, but also stressed that the learner-driven approach of the college was also an important factor.

“From the early days we had a dynamic relationship with the Irish Seed Savers Association in Scariff, Co Clare and our joint search for heritage seeds and apple trees came to success in finding Appletown Wonder, a self-rooting, very tasty dessert apple, near Feohanagh, four miles from the college,” he added.

Over the years, many, many hundreds of students have passed through the Organic College, going on to initiate or take part in projects ranging from health food stores, community shops and eco-tourism projects to hotels, restaurants, and farmers markets.

But challenges remain, Mr McNamara has reminded people on the 30th anniversary. “Nationally, the plan is to increase organic production from the current 2% of land, one of the lowest in Europe to 7.5% by the end of the decade. At EU level the aim is to have 25% of land organic by 2030 in the new Green Deal for Europe,” he pointed out.

“For these ambitious targets to have a good chance of being realized, there needs to be serious investment in farming and food education at all levels. Further we will need good supports for farmers and growers to start up or convert to organic methods, as well as a culture change to convince the public to pay the real price for the quality food we produce.”