‘Glas’ light given for new secondary school in Limerick 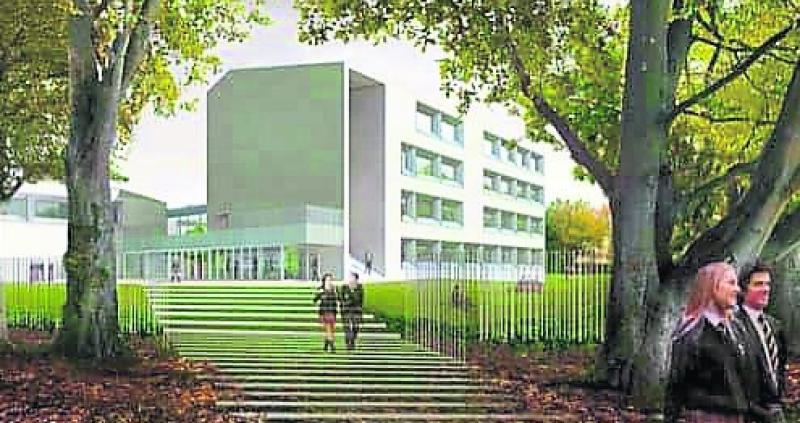 An impression of how the new school might look

A WIN for both Limerick and the Irish language locally will see the construction of a brand-new school building begin later this year.

Gaelcholáiste Luimnigh has received confirmation from the Department of Education that bricks and mortar are to be set for an ambitious new 750-pupil school building with PE halls.

Senator Maria Byrne, who heads the Board of Management at the Irish-speaking secondary school at Sir Harry’s Mall in Limerick city, stressed that the project was “a long time coming.”

She added that “a sense of relief” and some “breathing room” will be afforded, meaning that the only co-educational all-Irish speaking secondary school in Limerick will finally have sufficient space to flourish.

The Fine Gael representative explained that the school, now sixteen years in existence, has been based in two apartment blocks which are meant for residents, with classes spread across four buildings.

In spite of this, she added, the school has already enjoyed some sporting success, in giving rise to 16-year-old Paralympic swimmer Roisin Ni Riain and the Irish Women’s Hockey Team’s Naomi Carroll.

“We have been engaging with the Department for a number of years looking for a new school,” she admitted, adding that the last few years have been awkward for students and teachers alike.

Construction of the new school, which will take place at the old Dawn Dairies site on the Dublin Road, has been put out to tender, with the contractor to be announced later this month.

Senator Byrne stressed that this year, 108 students will sit their Leaving Certificate, with next year’s intake capped at 100.

“Every year we are oversubscribed. There is a growing demand for the use of Irish in Limerick. There are always some very disappointed families, as we don’t have the facilities to offer them a place.

“This is an exciting time. This is the fourth Minister for Education I have been working with on this. In the best-case scenario, the school will be ready by early 2024.

“We have got there at long last,” she concluded.