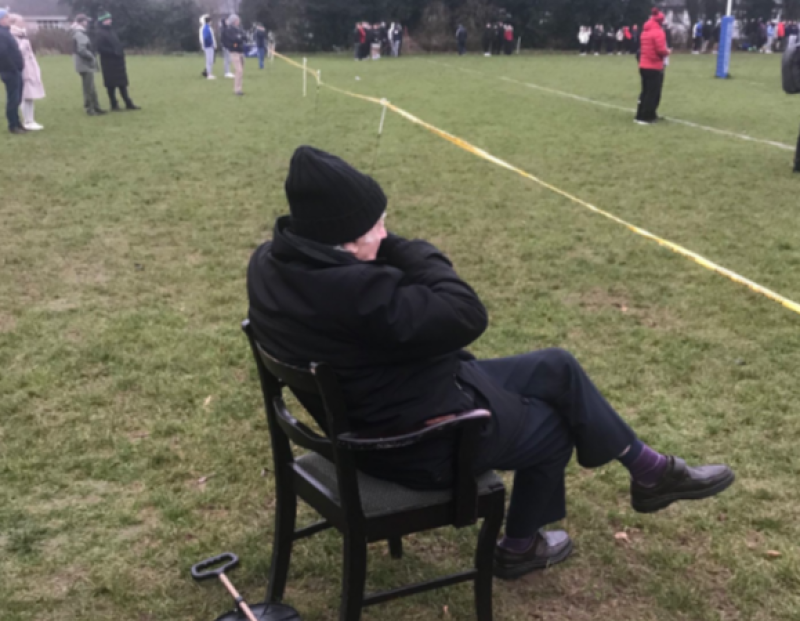 A LIMERICK man was pictured cheering on his grandson in the Schools City Cup Final this week, 73 years after he won the same competition.

Bill O'Shea was on the sideline on Monday for the final where his grandson Sam was playing for Ardscoil Rís against Crescent College Comprehensive.

The 90 year old won the same cup himself 73 years ago with Mungret College and he still has the medal to prove it!

Bill was 17 when his school beat Glenstal Abbey in the final and his family have followed in his footsteps.

Not only did Greg help take Crescent College to a schools senior cup victory in 2013, he is also a former Love Island winner.

Bill's sons all played for Shannon and he is a former president of the club who is known for his 'enthusiastic' encouragement.

His son Billy said: "He goes to the matches as much as he can when he gets the chance and if someone can bring him.

"He used to go to all our matches when he was younger. He used to get very involved and express his opinion about the referee's performance.

"We played a Munster senior cup final for Shannon in 1992 and he had a stroke after the game in Thomond Park.

"He was told not to go to any more matches after that. He got a bit older and calmed down a bit so he started going to the school matches of all his grandkids."

Billy shared a picture on social media of his father enjoying the game on a comfy chair that was kindly brought to him by a teacher from Ardscoil.

"I told him 'I put your photo on Twitter and you are getting plenty of traction' and he just threw his head up and laughed.

"He is a bit bewildered by the whole thing!".