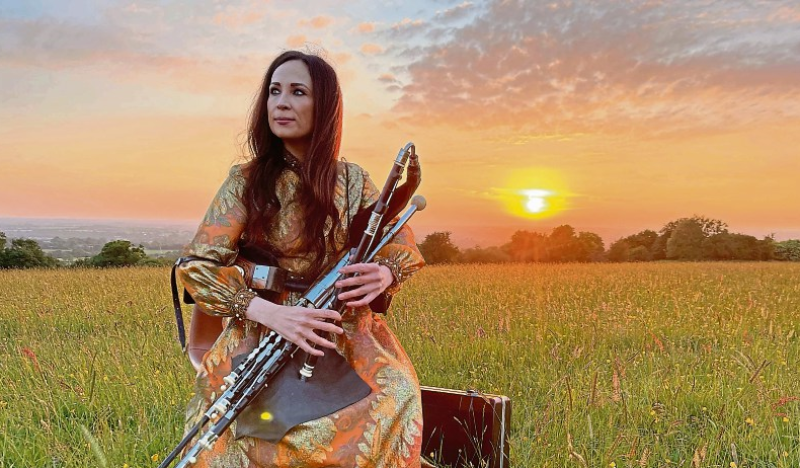 A NEW documentary, presented by Abbeyfeale musician Louise Mulcahy, will put the spotlight on a group of musicians who have been largely airbrushed out of our cultural history: female pipers. And there will be much to interest Limerick audiences.

In a feature-length programme which will air on TG4 this Sunday, Louise, who is herself one of a new generation of female pipers, will meet and interview well-known performers, experts, family members and scholars to uncover the stories of these remarkable women.

She will also look at the challenges that they faced from the mid-1800s up to the 1950s and beyond when piping was dominated by male musicians.. The programme will be shot through with musical performances which pay homage to their music and lives and celebrate their brilliance.

Laois is home to Ireland's Young Dairy Farmer of the Year

Among those taking part in the programme will be historian Sharon Slater who paints a picture of working class life in Limerick in the 1850s, the setting for the story of Kitty Hanley and how she came to acquire her Uilleann Pipes in the first place.

The story of another Limerick piper, Margaret Murphy will be told by her grandson Daithí Ó Murchú. She learned the pipes at the turn of the last century from blind piper Reilly who used to stay with the family and who passed the tradition on to her.

She won the prestigious Oireachtas competition in 1914. We also get to meet brothers Joe and Peter McKenna who now own Mrs. Murphy’s pipes.

Máire Ní Ghráda, who was the first woman to appear on a commercial recording of Uilleann Piping, also features in the documentary speaking about her own life in music and her enthusiasm for the future of young female pipers.

Louise, who plays a set of pipes once owned by Liam Óg O’Flynn, will be joined in the programme playing with her sister Michelle and dad Mulcahy and other musicians include Máire Ní Ghráda, Molly Ní Ghrada, Mary Mitchell-Ingoldsby, Rosaleen O’Leary, Heather Clarke, Marion McCarthy, Síle Friel, Jane Walls, The Rowsome family and Paddy Moloney.