Potential 5pm closure is an 'outrage' and 'kick in the guts', says Limerick publican 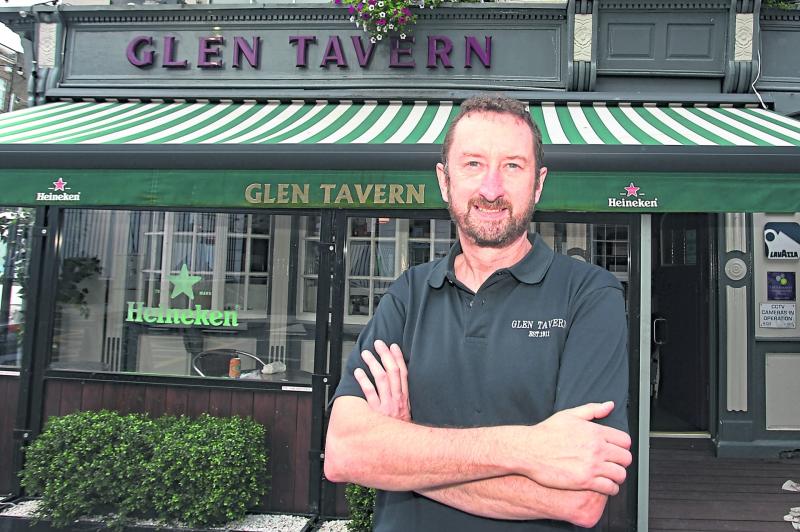 Ger Callanan of the Glen Tavern is furious at the latest Nphet recommendations | PICTURE: BRENDAN GLEESON

A RECOMMENDATION from public health officials that pubs should close at 5pm from Monday has been strongly criticised.

In a bid to slow the spread of the Omicron variant of Covid-19, the National Public Health Emergency Team (Nphet) has urged government to close pubs and restaurants at 5pm from Monday.

An Taoiseach Micheál Martin is expected to make an announcement on the matter later.

But Ger Callanan, proprietor of the Glen Tavern in Lower Glentworth Street, says waking up to this news this morning represented "a kick in the gut," adding it's an "outrage", and predicted people will "lose respect for the law" due to the manner in which coronavirus safety measures are adopted.

"It's a disaster. They are going to drive people underground, back into house parties, back into the scenes we had in various areas last year where there was anti-social behaviour and all going on," the businessman said, "I have been blown away with how well people have been behaving themselves. There was a lot of self-regulation as well. I think this is going to drive this indoors, at people's homes, at places you cannot see and you can't regulate."

"There are online videos out there, not from the UK or Spain, but places in Limerick, where there are shebeens operating in houses, where there is absolute carnage. Nothing is off-limits," he added.

Mr Callanan also questioned whether pubs will be allowed to serve customers in outdoor settings after 5pm if government adopt Nphet's recommendation.

"I think it's dangerous - I think people are going to lose respect for the law, if they are making it up on Thursday, the Cabinet approve it on a Friday for seven days before Christmas," said the publican.

Where is the logic in closing pubs and restaurants at 5pm and pushing everybody towards house parties? This #NPHET advice would be devastating for these businesses. https://t.co/ChbOUDCito

He revealed he is facing into the prospect of having to lay off musicians, while he's also not able to tell his bar staff what the next few days will hold.

"I have staff who don't know what is happening, and I cannot tell them. We have just got a nice team back together. Nobody knows what's going on. It's devastating," he said.

Mr Callanan does not believe government will go against the Nphet recommendations, and added that, to all intents and purposes, a 5pm closure, would represent a "lockdown".

Senior Fianna Fail TD Willie O'Dea has also questioned the "logic" of closing pubs and restaurants at 5pm, agreeing it will be "pushing everybody towards house parties".

"This Nphet advice would be devastating for these businesses," he added in a tweet.