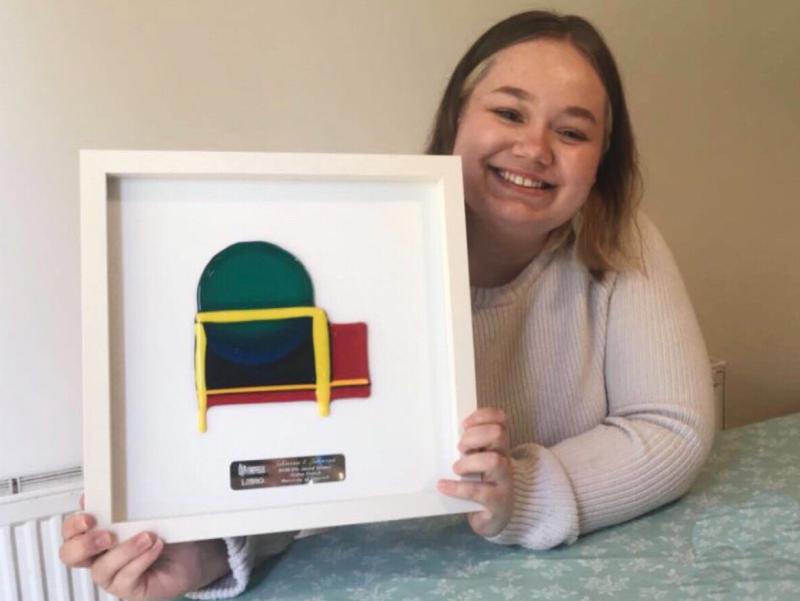 Aisling Daniels, from Limerick, is delighted to receive her scholarship as part of the Johnson & Johnson Ireland Women in STEM2D (WiSTEM2D) Award Programme.

Sixteen University of Limerick (UL) students were presented with scholarships for their academic excellence.

The all-female cohort were presented with their scholarships at a virtual awards ceremony as part of the Johnson & Johnson Ireland Women in STEM2D (WiSTEM2D) Award Programme.

Four of the recipients are from Limerick, they are: Therese Houghton , Aisling Daniels, Claire Cooney, and Serena Nabasirye.

The programme is run in collaboration with Lero, the Science Foundation Research Centre for Software at UL, and will provide recipients with extensive industry mentoring and leadership training.

Jessica Dino, a UL graduate and aspiring astronaut, and a past recipient, said:

“Being accepted into the Johnson & Johnson WiSTEM2D programme at UL was a pivotal step in my STEM career.”

She added that she was very interested in hands-on work in a highly technical and fast-paced environment and received guidance on what careers she could go into that aligned with her goals, allowing her to grow as an engineer.

Despite an increase in STEM subjects as a whole nationwide, uptake among females remains low.

Figures from a 2019 UCD Study reveal that over 40 per cent of males list a STEM course versus just 19 per cent of females.

Anna Rafferty, Johnson & Johnson WiSTEM2D University Lead and Director of Strategy believes that  women are still under-represented in the STEM workforce in Ireland.

“Over the last two years, we have worked very hard to ensure that the recipients of this award have not missed out on any opportunities despite the challenges posed by the pandemic.”

Principal Investigator in Lero and Professor of Software Quality in the Department of Computer Science and Information Systems at UL Ita Richardson, said:

“This year’s recipients will be role models for the generation of girls who are currently in primary and secondary school and have potential to be leaders of the future”.