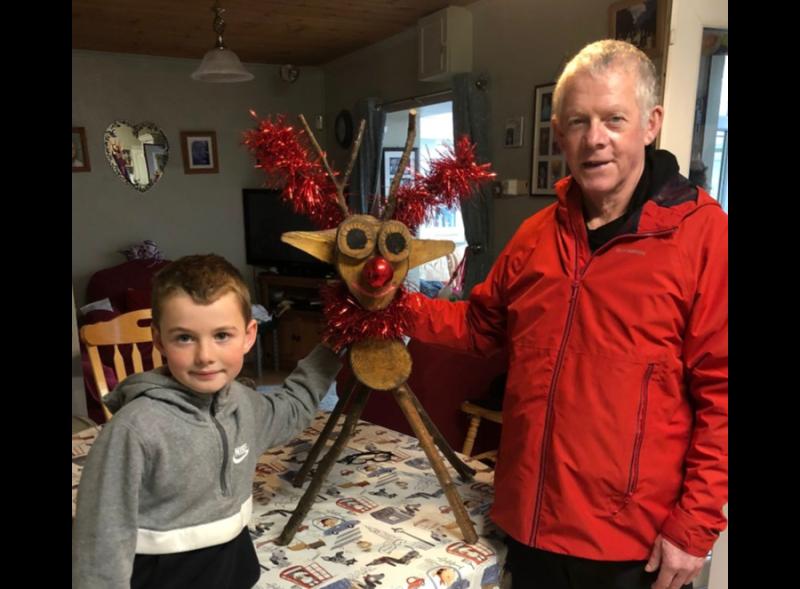 A LOCAL youngster has shown he has a heart of Christmas gold after agreeing to donate all the proceeds from his handywork to charity!

Mark Ryan, 9, teamed up with his neighbour and friend in O’Briensbridge, Jack Byrnes, to create hand-made reindeer using logs which had fallen on the side of the Shannon near their respective houses.

Between them, the pair have produced almost 40 of Santa’s helpers – and these were quickly snapped up by people keen to add a unique decoration to their home.

But rather than pocket the money for himself and Jack, the young man declared: “I have everything I need”, and agreed to donate the takings to McGarry House, which is run by the Novas homelessness charity.

Taking up the story, Jack said: “Last Christmas he came to me with his brother and said he would like to make some reindeer. At first, it was for his friends, family, mother and aunties. So I sawed a few, and I gave him the money [after we sold them]. He used the money he made last Christmas for the shoebox appeal this Christmas.”

While Jack operated the heavy machinery to saw the logs, Mark decorated the reindeer, painting their cute faces, as well as nailing the eyes on and adding other festive decorations.

After people saw the pair’s efforts last year, their orders shot up this Christmas.

“I put up some pictures on Facebook thinking we might get 10 to 20 orders. We ended up getting 40 orders,” he said.

Jack, a former steelworker, said himself and his pal worked “like an  army” in his little factory on the banks of the Shannon.

He praised young Mark – who is also a talented Gaelic footballer – for his “intelligence” and the fact “he listens all the time”. 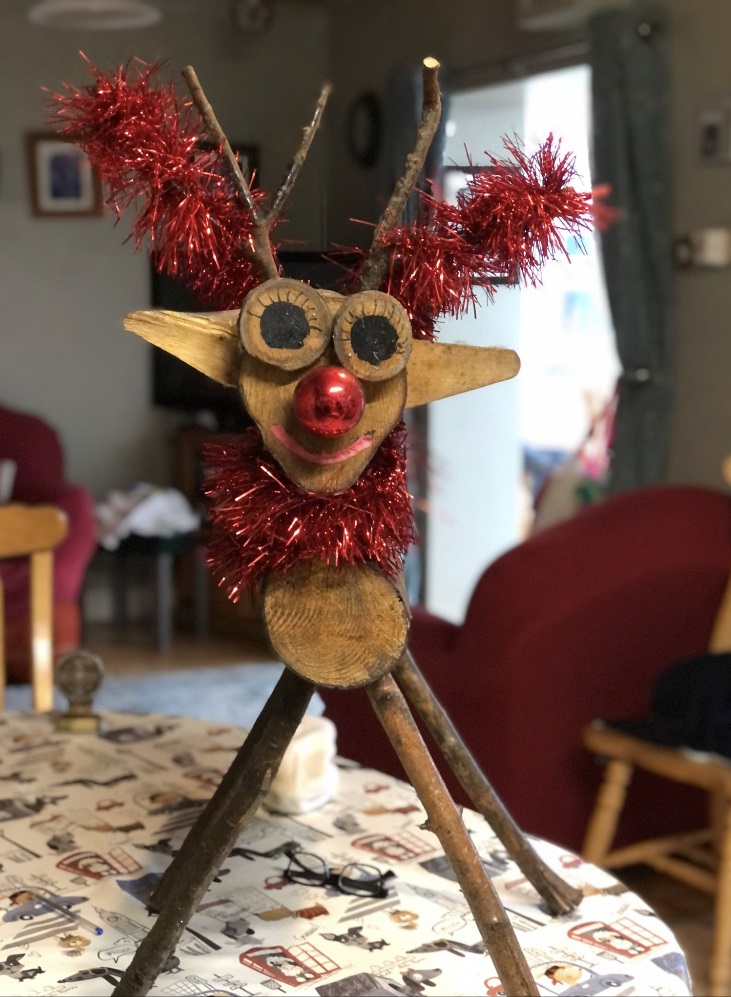 Jack is very close to Mark’s family, childminding him and his elder brother Sean, 11, before they started studying at Bridgetown National School.

“He is very clever, he blew me away. When he was only six or seven, he would come up with a simple idea. He might spot something or make a suggestion that would speed the job up – out of the blue. He’d just be watching all the time. A very observant, intelligent little fella,” he told the Limerick Leader.

“A clever guy, he came up with some great ideas even though he was so young.”

It looks like Jack’s trade will remain in good hands, with Mark saying he will take over doing what he does when he gets a little older.

“He is all for it. He was always interested in everything I was doing in the garden and workshop,” Jack explained, “It’s lovely to think this will carry on, that there will be someone there to take over.”