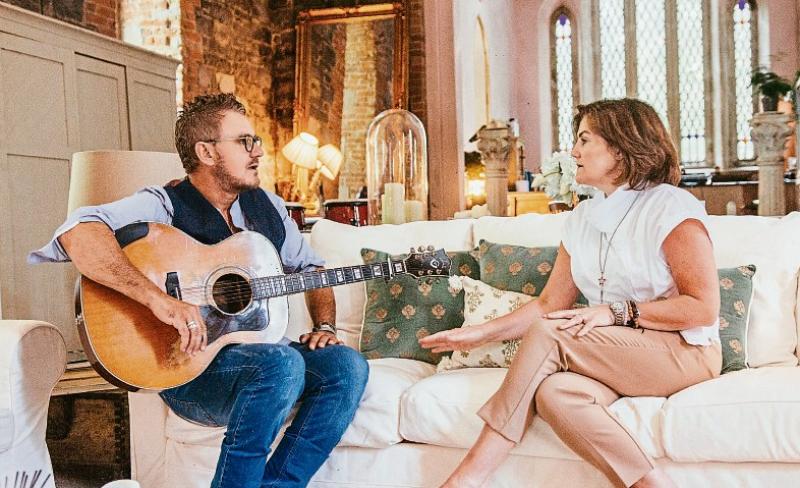 LIMERICK singer songwriter Don Mescal has re-released one of his most loved songs for a very special cause.

Don has released his moving track ‘The Last Song’ to raise money for Alzheimer's Society Ireland after being inspired by a couple and their story.

The song holds a special place in the hearts of husband and wife Jim and Caroline Colbert, even more so since Jim was diagnosed with Alzheimer's in 2017 at the age of 64.

One evening while listening to the song, Caroline decided to reach out to Don and tell him how much the track meant to the couple.

That message started a friendship between them that would bring light to Jim and Caroline's lives as well as Don's.

After exchanging messages with Caroline and meeting her in person, Don decided to re-release the song for the worthy cause but also to raise awareness of the disease.

Don said: “They have turned something that could be tragic into sort of an adventure.

“I feel humbled just to be a part of it, when something like this comes along it completely outshines everything else.

“As a songwriter you put your heart into the song but it is really something when someone comes back and tells you that the song has been part of their journey.”

Caroline and Jim have been married for six years and three years ago she started to notice things weren't right with her husband.

“He is the most fun, loving, joyful man you could possibly meet and I noticed a slight personality change.

“I keep saying that while it was a terrible diagnosis we have been very fortunate, when we were told 'this is what it is' my shoulders dropped a bit because I realised it wasn't Jim and it wasn't me, it was this uninvited guest.

“The essence of him is still there, it is just blurred with the disease. I go and see him in the nursing home every day and I cherish every moment with him.

“I have received so many messages of support from people telling me their father, brother, partner have it and I never realised how many people in Ireland have the disease.

“And it is not just elderly people who get it, I am meeting people in their 50s who have been diagnosed with it.

The Last Song is available to download now on Bandcamp.