'It's been nothing but horrific within Limerick division since colleagues suspended', says GRA president 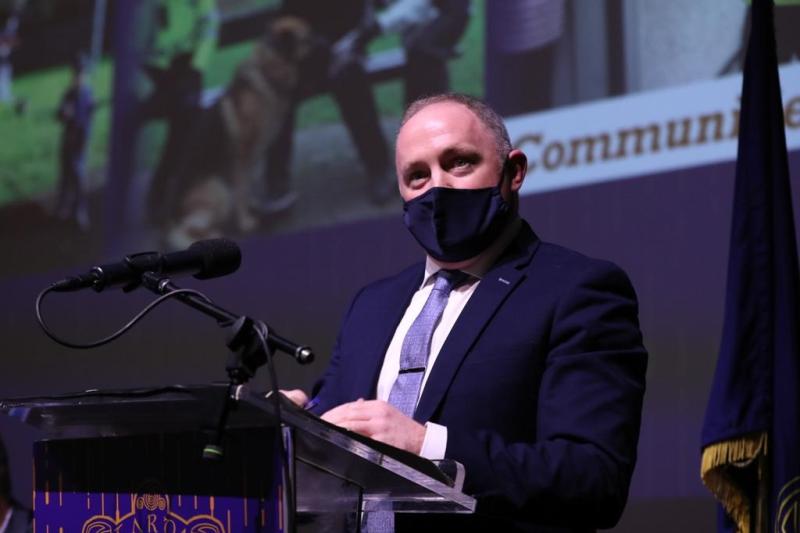 THE president of the country's largest policing union says that since a number of Limerick-based gardai were suspended last year “it has been nothing but horrific within the Limerick division”.

Speaking at the Garda Representative Association (GRA) conference in Killarney, president of the association, Frank Thornton, who serves as a garda in Limerick, criticised the lengthy investigation of gardaí in Limerick by the National Bureau of Criminal Investigation.

Eight members of the force were formally suspended on November 7, 2020  as part of  an ongoing investigation led by the Assistant Commissioner, Special Crime Operations, involving personnel attached to the Garda National Bureau of Criminal Investigation, in relation to “corruption in public office”.

“It is just harrowing, day-in, day-out. Our colleague there is emotional and that’s every day for us because we just cannot understand why or how this is continuing to infect our division. What we are asking for here is complete and utter transparency,”  he said.

In an emotional address, Limerick garda, Brian O’Dwyer said five of the suspended members were "not just colleagues but friends".

Garda Cathal O’Gorman told the conference that "on November 7, 2020 humanity died in An Garda Siochana with the suspension of our colleagues in the Southern Region".

Several members of the gardai have raised concerns over the practice of leaving gardaí suspended for long periods of time while drawn-out investigations continue.

The manner of the investigations, the annual conference heard, is having a devastating impact on members’ mental health.

This is particularly the case in the Limerick Division, delegates said, where a number of gardaí have been suspended as part of an investigation into the alleged improper cancellation of penalty points.

GRA members have argued many of those suspended had acted using the recognised garda power of discretion.

Garda O’Gorman said “absolutely nothing” has happened in the year since November 7, 2020.

The mental health of these individuals, he said, is “in tatters”.

“Their stress levels have gone through the roof,” he continued.

Limerick delegates proposed a motion calling for a “full-scale review of the protocols and guidelines policy on the suspension of members of An Garda Síochána” to be carried out by the Garda Commissioner, Drew Harris, in consultation with garda associations.

The review should be conducted “with a view to refraining from suspending members where possible and placing a far greater emphasis on the retention of members in the workplace”, the motion stated. The motion also sought the publication of the subsequent report’s findings. It was passed overwhelmingly by delegates.