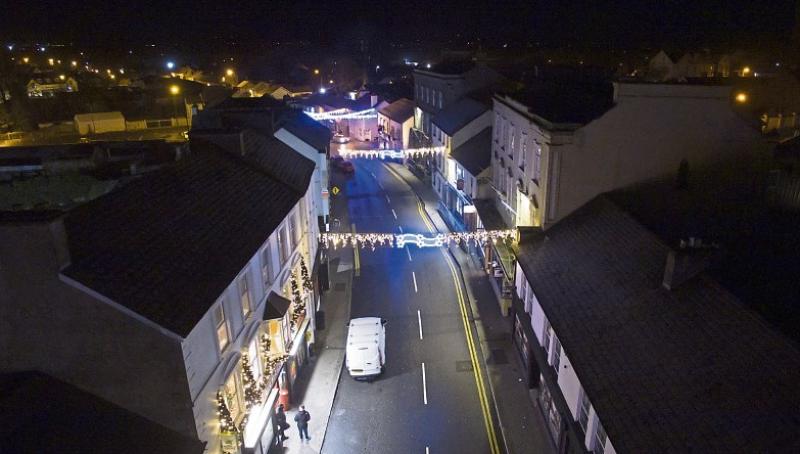 GARDAI have now finalised their operational plan for Christmas in Rathkeale when the town’s population traditionally expands as a result of large numbers of members of the Travelling community returning to Rathkeale for the holiday period.

The garda plan will go live on November 22 and will run until January 9, Supt Aileen Magnier told local councillors this week. However, she added, this end date is not set in stone and last year, the plan was extended to February.

This year, the plan will be supplemented by a Joint Community Engagement project which has been devised by local voluntary and community groups, working in partnership with gardai and agencies such as West Limerick Resources and the HSE.

The details of this initiative have not been revealed and it will be launched locally in early December. But Supt Magnier stressed when referring to it: “Community engagement is the name of the game.”

Among the projects included in the programme will be a Youth Cafe organised by the Garda Youth Diversion Programme and a Sports Camp organised by West Limerick Resources as well as a HSE health clinic.

“It will be community based,” the superintendent said, adding that the initiative will involve a wide-reaching media element.

The overall Garda plan for Rathkeale, Supt Magnier said, will involve extra Garda resources. But she emphasised, these are additional resources and will not detract from garda resource levels in any other town in the district.

“You will see extra gardai on the street during the day,” she said.

It is expected the plan will also include extra check-points, patrols and inspections as well as reinforcements from divisional units such as the drugs and dogs units.

“There is no significant spike in crime in Rathkeale at Christmas,” the superintendent said. In fact, the town has one of the lowest incidences of crime over Christmas in the district, she pointed out.

Last year, because of Covid-19, Martin Collins of Pavee Point appealed to members of the Travelling community not to make the journey to Rathkeale. “I would say to all the Travellers who normally come back home to Rathkeale to stay put; that is the safest thing to do,” he said.