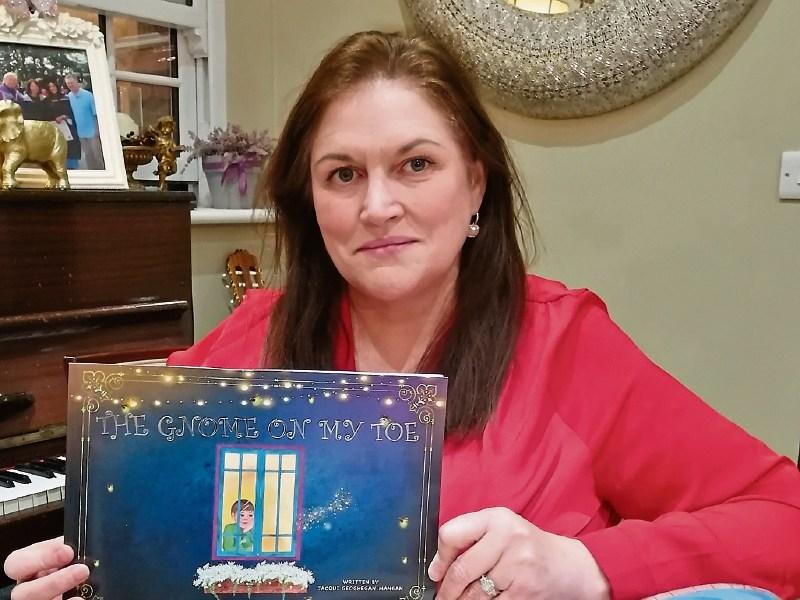 Jacqueline Mangan with her new book

A FORMER Montessori owner is looking to promote creative thinking in young people through her newly published children’s book.

Jacqueline Mangan, from Tipperary, founded and directed Clann Lir Montessori in Ballyhahill, which she ran for over 20 years after meeting and marrying Denis, a West Limerick man.

At the time, it was one of the first fully fledged Montessori schools outside of Newcastle West.

In her first career switch, she employed the wealth of knowledge and experience accumulated in the classroom to become a trainee group psychotherapist, using “the medium of music” to help those suffering from brain trauma and dementia.

On her latest career change, she said: “As a Montessori teacher for many years and an auntie to three beautiful nieces I had plenty of experience in both reading and making up children's stories.

“I often visualise a child's reaction in my mind’s eye. As a child my grandmother read to me at bedtime and my grandfather used to listen to loads of plays on the radio which I couldn't help but tune in to.

“He was visually impaired, so the radio was his social outlet every evening. All of these different childhood memories and experiences definitely shaped my imagination and a love for creative writing.”

A resident of West Limerick for over 30 years now, Jacqueline enjoyed the solitude to be found during the time of the pandemic and put the entirety of her focus into penning ‘A Gnome on My Toe.’

Now with over 400 copies sold in three weeks, without fully fortifying her marketing campaign, Jacqueline is hoping to provide as many bedtime stories as possible for young children.

Copy editing, advice, and a bitingly honest review was provided by her little nice Anna before the book went to publishers. Jacqueline has since received interest from two top UK publishers.

Now on a newly defined career path, she is hoping to put pen to paper for many years to come.

“I have loads of childhood characters I would love to bring to life in some aspect of my story books. Any child reading it will definitely feel drawn to the warmth emanating from the characters and I also hope they will have loads of questions to ask,” she concluded.

Purchase your copy of A Gnome on My Toe by Jacqueline Mangan from O’ Mahony’s in Limerick city centre or Giltananes Pharmacy in Rathkeale for €9.99.