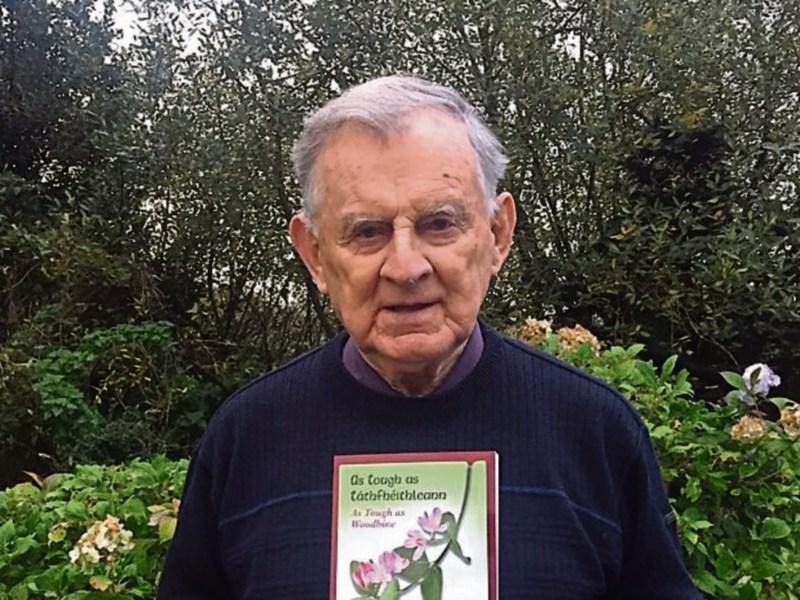 DO you know what or who a “piollardaí” is? Or have you ever used the phrase “as tough as Táthfhéithleann’?

These and hundreds of other Irish words and phrases were once in common usage in Athea and West Limerick, peppering everyday conversations and being called on for vivid and apt descriptions of people or situations.

Now, many are long forgotten or have fallen out of everyday use. But they have fascinated retired schoolmaster Timmy Woulfe all his life, picking them up from his parents and grandparents and from his neighbours.

Now at last, he has achieved a long-held ambition and brought them all together in a book which will was launched in his native Athea on Friday evening.

“I went about it years ago,” Timmy explained. At the time, 1959/62, he was teaching in Knocknagorna N.S. where he got the children to go and gather up words and expressions they heard at home. They did it with immense enthusiasm, Timmy recalled but he made one mistake. “I asked one of the senior boys to hold the pages, to be the curator.”

When the day came when Timmy wanted to bring all the children’s findings together, he asked his young curator to bring in the collected pages. But his young pupil came in the following day with a sad tale: “I can’t find them”.

That, Timmy acknowledges, was a loss, as the children then would have had grandparents reaching back into the late 1800s.

Then, a few years ago, Timmy decided to make another attempt at it. He bought a notebook and put it close to hand and whenever he thought or heard of a word or phrase he wrote it down. Sometimes a word or phrase would beget another and over almost two years, the notebook filled up. “That was enough. It was time to move,” he explained.

A thesis on the decline of Irish as a spoken language, researched and written by his granddaughter Róisín Moore, was an additional spur to getting the job done. He was also intrigued by his discovery that his Brosna born grandmother Mary Breen put down Irish as her first language while his Abbeyfeale born grandfather gave English as his first language in the census of 1911.

Over the years, Timmy has himself pondered the many reasons for the decline in spoken Irish and cites free education and television as two factors which have played a role.

The book has well over 500 entries in the book, with, of course, their English meaning.

And Timmy has thrown in for good measure the story of the Athea man, a Home Rule supporter who, in the 1870s was arrested and hanged, for waving the Irish flag down the street in Athea.

The flag subsequently made its way to the US but was returned to Timmy and to Athea and now hangs in the local credit union office.

Musician and Irish enthusiast Dónal de Barra launched the book in Con Colbert Hall, Athea on Friday. The book is available to buy locally for €10.