Is the Shannon Estuary LNG project just a pipe dream? 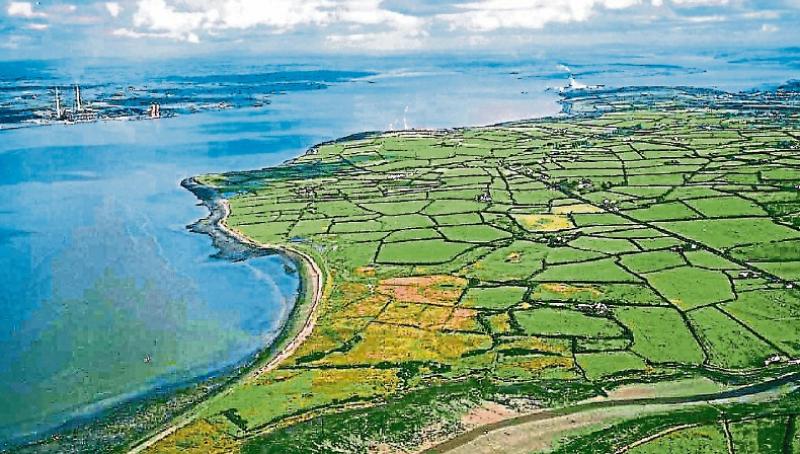 MORE than 1,500 people, including over 70 TDs, Senators and councillors, have signed a petition objecting to planning permission for a Liquid Natural Gas (LNG) facility at the landbank at Tarbert/Ballylongford.

But a counter-petition, supporting the project, has clocked up over 800 signatures.

Shannon LNG lodged a new planning application last August with An Bord Pleanála for an LNG terminal and a 600 megawatt gas power plant on the Tarbert Ballylongford site.

This application for a ten-year permission followed on from a decision by the High Court in November 2020, to quash a five-year extension of the original planning permission. The owners, Next Fortress Energy, estimated the overall cost of the new project to be €650 million.

The company said it would not utilise fracked gas at the plant and would transfer to hydrogen at some point in the future.

By the deadline for submissions to An Bord Pleanála on October 22, a ‘Safety Before LNG’ petition against the application had clocked up 1,544 signatures, among them MEPs Clare Daly and Mick Wallace, Senator David Norris and TDs Holly Cairns and Ivana Bacik and Limerick councillor Elisa O’Donovan. Dozens more have added their names since.

Meanwhile, the Green Party in Limerick, Kerry and Clare consulted with their members and collaborated on a joint document opposing the proposal which was submitted to An Bord Pleanála.

Green Party TD for Limerick, Brian Leddin, speaking on behalf of Limerick party members, said: “The proposed development is against clearly-stated government policy and would lock Ireland into a highly polluting source of fuel. The proposed Energy Park does not align with the urgent global ambition to maintain temperatures on earth at a level where it is safe for human civilisation,” he added.

In its joint submission, the Green Party noted that Shannon LNG was being promoted as an economic driver for the area.

“However, the Green view is that this is a false promise as the LNG terminal and associated power plant would be unable to operate past 2040 due to legally binding carbon emission reduction targets. In a best case scenario, Shannon LNG would be constructed and operational by 2027 – this would result in the facility becoming a stranded asset by 2040; a lifespan of a mere 13 years,” the statement continued.

“As it stands, the project is incompatible with government policy and is unlikely to be permitted to proceed.”

But individuals and groups in the North Kerry/West Limerick area who support the Shannon LNG proposal have also written to An Bord Pleanála to make their views known.

The submissions are currently being processed but among them was one from the Ballylongford/Kilcolgan Development Group who pointed out that Ireland is importing gas, including fracked gas, from the UK.

“We believe the only way to stop fracked gas coming in to this country is to build our own LNG Terminal, where we can dictate what type of gas we import,” they said.

The site, they also pointed out, is uniquely suitable for industrial projects requiring deepwater berthing facilities. “In the process of assembling the landbank, many neighbours, relations and friends sold their land to the state in the expectation that a major suitable industry would be attracted to the site,” they said.

They had supported the Shannon LNG proposal, the “first realistic” proposal, from the outset, and “we continued to support it despite many unwarranted delays.”

A decision from An Bord Pleanála is expect in March 2022.