OBITUARY: Limerick village truly lost a dear friend to everyone 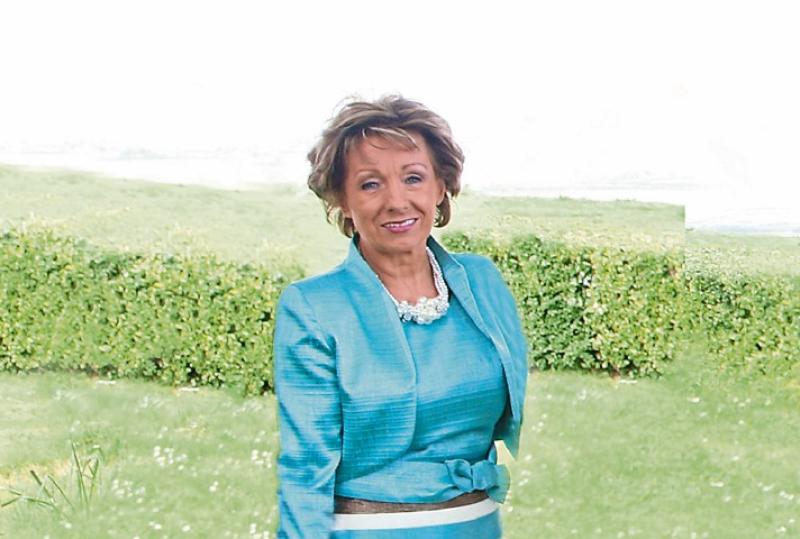 WHEN Bride O’Connor died on October 3, a great many people throughout West Limerick and North Kerry felt they had lost a dear friend. Bride, through her work in fashion and beauty for over half a century, had become an institution, an icon of elegance and an inspiration to many.

She was also a sound, down-to-earth advisor and a passionate champion for her home-place of Glin.

The last years of her life, following her cancer diagnosis in March, 2018, were lived with grace and with all the determination and energy she could muster.

As her daughter Maura said at her funeral: “Bride, you fought the big fight with prayer and patience.”

Throughout that difficult journey, Maura said, the outpouring of support from friends, the wider community of Glin and further afield was overwhelming. Prayers and novenas were said; regular phone-calls were made; people dropped cards and gifts in to the shop and stories were shared.

“We love you from the bottom of our hearts, each and every one of her clients, all of her staff, past and present, you have been amazing to us,” Maura said.

Bride was born into the Mulvihill family of Ballygoughlin and always spoke fondly of her school days, of visits to cousins, happy to recall funny little family stories and escapades. She spent a lot of time with the Costellos in Glin, her uncle Timmy and auntie Bridie and their son John, learning at a young age to change plugs and picking up clues on how to run a successful business.

Bride spent time learning her own craft of hairdressing in Tralee, before moving to County Clare and then to Limerick. At 19, she opened her own hair salon on Main St, Glin, travelling out to other parts on a couple of days a week.

When she married her beloved Eddie O’Connor from Tournafulla, it was the beginning of a long and successful partnership, both personal and business. Together they bought the building on Church St and established what became, over years, Bride’s Boutique and Beauty Salon.

Bride’s flair for fashion was legendary and, coupled with her knowledge of people and her warm approach, her shop became a haven and a destination for countless women.

Her career as a fashion stylist led to many fashion shows in West Limerick, Kerry and Cork, all fund-raisers for various community or school causes.

Her very first fashion show was held in conjunction with Glin I.C.A at The Lanterns. But one of her biggest successes was a fashion show held at Glin Castle in the early 90’s when Bride managed to showcase collections from leading designers such as Miriam Mone and Thomas Wolfangle.

She certainly put Glin on the fashion map but also contributed to her community through her involvement with Glin Development Association and Glin Voluntary Housing.

Bride was always a family woman and took great joy in her children, Séamus, Maura and Stephanie and the lives they made for themselves and their families. Her home in Church St and later in Caheragh was a welcoming one for her adored grandchildren. She was always deeply interested in genealogy and was a great woman to trace family history and connections.

Her loss to her husband, family, friends and community is enormous.

Her removal and funeral Mass took place on October 7 in the Church of the Immaculate Conception, Glin and she was buried after in the adjoining graveyard.

Bride was predeceased by her parents Patrick and Elizabeth, her brother Patrick and her nephew Liam. She is survived by her husband Eddie, her son Seamus and his partner Kathleen, her daughters Maura and Stephanie, sons-in-law Kieran and Jimmy, grandchildren Dylan, Adam, Jack, Hannah and Tommy Joe, brothers, sisters, brothers-in-law, sisters-in-law, cousins, grand-nieces and grand-nephews, extended family, her past and present staff, her loyal customers, neighbours and her large circle of friends.