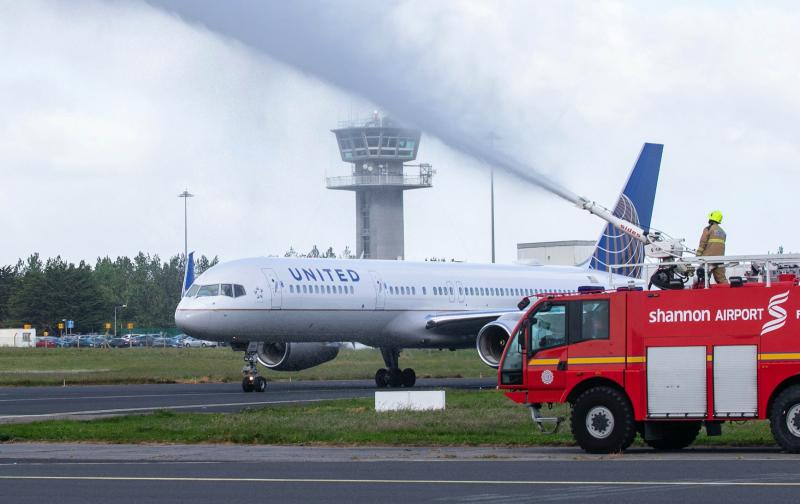 Making the announcement this Thursday, Martina Coogan, United’s Sales Manager Ireland said they were delighted to resume nonstop seasonal services from Ireland to the US. Its service between Dublin and Washington DC is set to resume on February 12, 2022 and between Dublin and Chicago on March 27, 2022.

"The return of our seasonal services provides our customers from Ireland with greater travel choice and convenient one-stop connections via our US hub airports to destinations across the Americas," said Ms Coogan.

Welcoming confirmation by United Airlines of the return of their daily nonstop Shannon to New York/Newark service, Mary Considine, CEO of Shannon Group who operate Shannon Airport, said the restoration of this service is another welcome boost for transatlantic connectivity to our region and the broader west of Ireland.

"United Airlines is a highly valued airline partner of Shannon and we are delighted to have been able to work with them to restore this vital transatlantic service. Its restoration is a vote of confidence by the airline and another major milestone as we continue to rebuild Shannon Airport’s air services and fulfil our role as an economic driver for tourism, business and social connectivity."

Ms Considine said that, following on from earlier announcements, the United Airlines commitment makes this a hugely significant week for Shannon Airport and the wider region as it bounces back from the impact of the pandemic.

"We had the announcement of three new Ryanair services, to Fuerteventura, Birmingham and Budapest, on Tuesday. Earlier today Aer Lingus announced its return on JFK New York and Boston routes next year as well as its Heathrow continuation and now we have United’s commitment on Newark, also servicing the New York market.

"Shannon’s importance to the wider west and, indeed, south of the country in terms of transatlantic services especially, is well understood. We are the only airport on this side of the island of Ireland with transatlantic flights so the return of these services will be widely welcomed. These announcements make this a really positive week for Shannon and the wider region and we build from here."

Ms Considine continued: "This United Airlines service provides significant onward connections at Newark, which is a huge attraction at Shannon from both an inbound and outbound perspective. Over the past 22 years, this service has brought over 2.1 million passengers to Shannon, which illustrates the importance of this route from both a business and tourism perspective.

"Prior to the pandemic, Shannon’s transatlantic services were well supported and it is important now for people in the region to get behind United’s New York/Newark service to ensure its success."

The Shannon-New York/Newark service will run from March 27 to October 29 2022 and will be operated by Boeing 757-200 aircraft, departing daily from Shannon at 12.30pm.