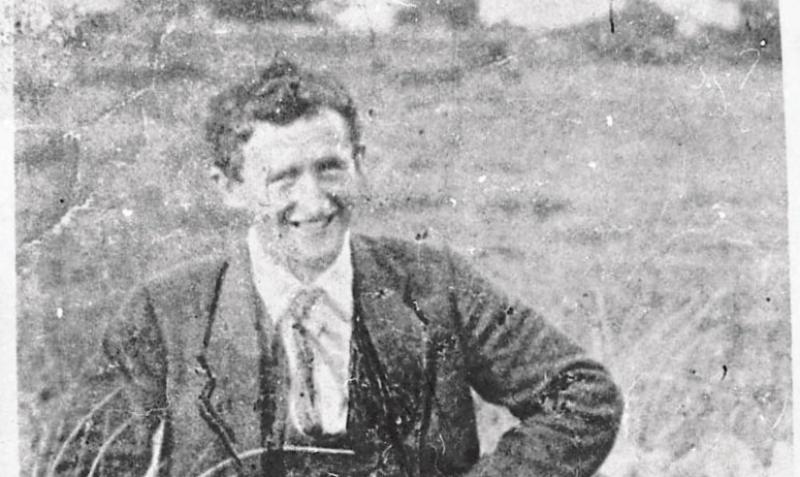 TO mark the centenary of his death, a new booklet has been produced to tell the story and honour the memory of Seán Finn, the Rathkeale man who played a leading role in the War of Independence in West Limerick.

The booklet, which has been produced by the West Limerick Old IRA Memorial Committee, was publicly launched in Rathkeale on Friday.

Seán Finn was shot in action during a three-hour engagement at Ballyhahill on March 30, 1921, when his flying column was attacked late at night by three lorry loads of Black and Tans. He was 23.

The Ireland of the time had become a violent place, historian Dr William Murphy of DCU writes in the booklet, putting the event into context. Five others died on the same day as Seán Finn and in the first three months of 1921, over 2,500 men had been incarcerated in internment camps.

Born in 1897 in Rathkeale, from a young age Seán showed a huge interest in all aspects of Irish culture and was a member of Conradh na Gaeilge. He joined the Fianna Éireann and became officer in command at the age of 17. In 1915, he was appointed captain of the Rathkeale company of the Irish Volunteers. In 1918, the Volunteers were organised into a battalion of the Irish Republican Army and Seán Finn was appointed Brigadier Commandant, with up to 2,000 men under his command.

He also campaigned for Sinn Féin and played a role in setting up the Sinn Féin Courts in the area.

Dan Breen, who recounted his own involvement in My Fight for Irish Freedom, is quoted, describing Seán Finn as “One of the bravest and most chivalrous Irishmen that I have ever met”.

A more personal light is shone on the man by his grand-niece Cliona Murphy, whose grandmother Rita McElligott was Seán’s sister.

“From what my grandmother told me, as a child, they lived in a very lively household where newspapers were devoured and politics the topic of the day,” she writes. “Seán was very close to his siblings and was known affectionately, as Jackie to his family. He was a very gifted and keen hurler who had hoped to play for his county and probably would have, had he lived.”

Tom Toomey was the guest speaker at the launch.