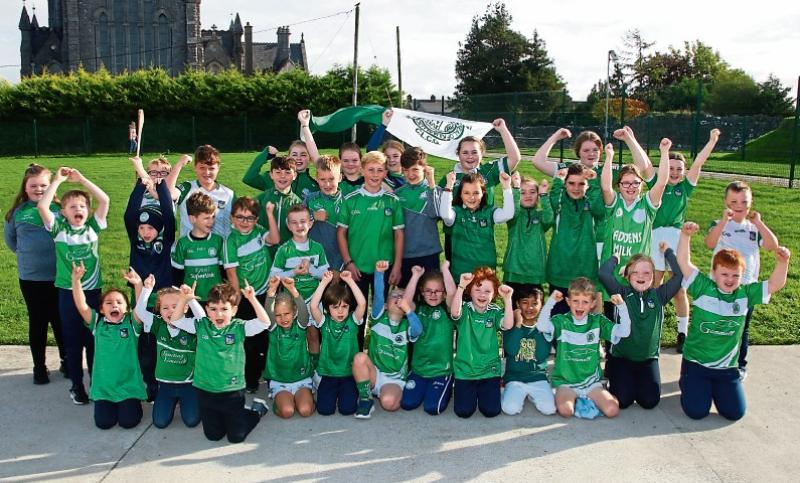 Kilmallock are ‘well’ aware there are no easy matches

THE CHILDREN of Kilmallock cannot contain their excitement as they get set to cheer on their local heroes in this weekend’s senior hurling county final.

Pupils at Scoil Mocheallog in Kilmallock are brandishing both hurleys and sliotars ahead of their town’s search for victory in the 127th staging of the county’s Senior Hurling Championship.

Principal Leonie Passmore, who took charge of the school in January 2020, told the Limerick Leader: “Pretty much the entire team came through the school here in Kilmallock. There is absolutely a very strong hurling connection.

She added that the school is really looking forward to the final having been starved of their own school games for the last two years due to Covid restrictions.

With a Kilmallock and a Limerick flag hoisted up high, there is great excitement within the classrooms and within the local community.

As it’s half-term, schools will be closed next week and if the green and white of Kilmallock are to capture the Daly Cup for the first time since 2014, Principal Passmore hopes that some form of safe celebrations can take place within the school grounds.

“They are all talk about it. We have a great hurling history here. The match will be constantly replayed here. We are all armchair pundits in this school.”

Oisín O’ Reilly, who scored two goals in the semi-final, is the definite favourite among the pupils in the school, for his flair.

“They all love the flair that he displays. Kids are very into that. When we are back practicing in the new year, they’ll all be trying to emulate that when we are playing the likes of Bruff or Bruree.

“One of the nice things about a county club is that they are very accessible. The kids would see the team up in the field.

“It’s a great position we are in following Covid to have our team in the final. It’s been a great boost for morale,” she concluded. 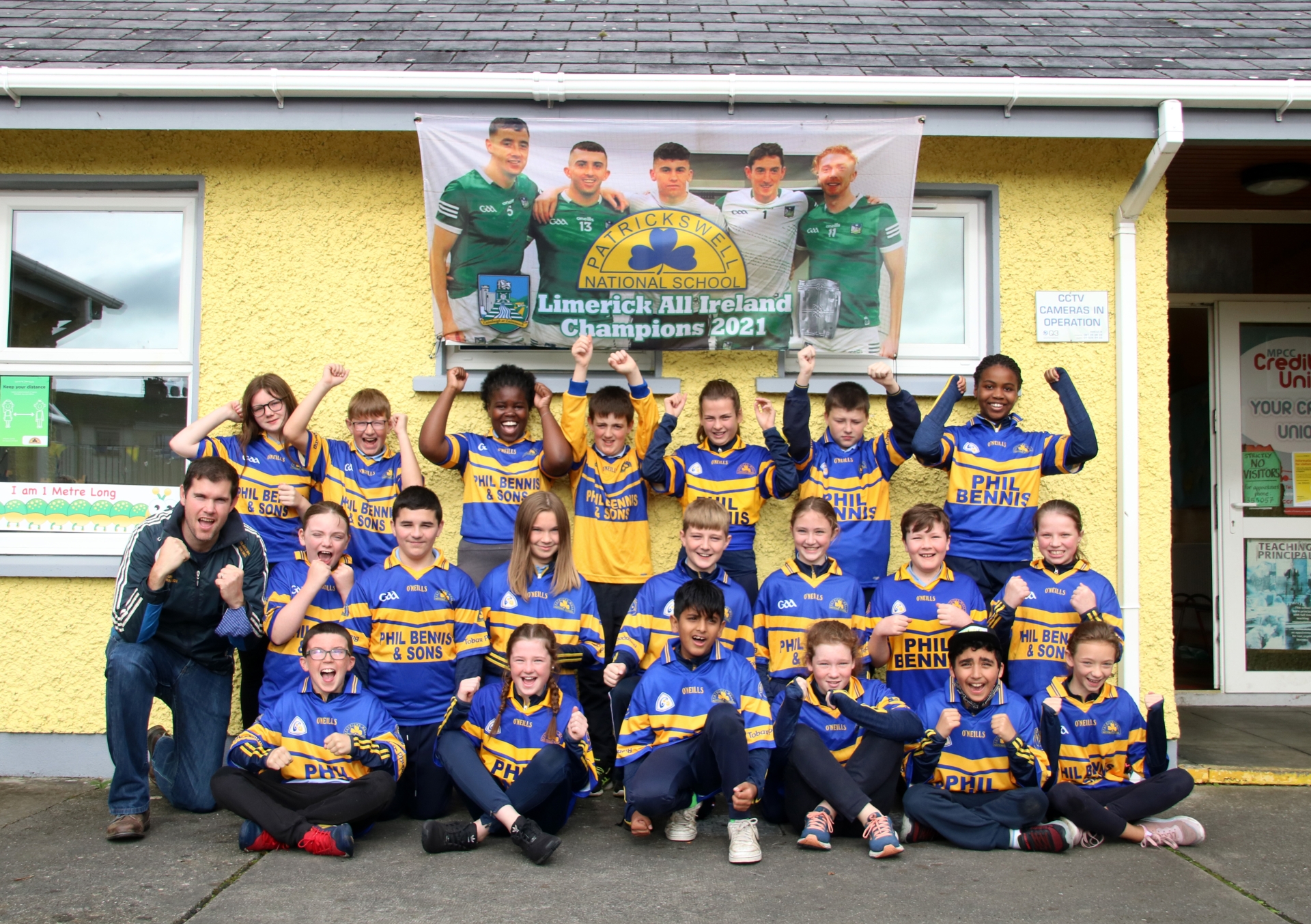 EXCITEMENT and anticipation rings around the school grounds at Patrickswell NS as students look forward to this Sunday’s mouth-watering clash.

Kilmallock and Patrickswell face off in the Bon Secours Hospital Limerick County Senior Hurling Final 2021 this Sunday at the TUS Gaelic Grounds.

Principal David Bulfin informed the Limerick Leader that there is a great build-up to the game already and a palpable buzz about the school.

“Both teams had very good victories in the semi-finals, when they were both probably underdogs. It’ll be a real 50:50 game on Sunday and hopefully the weather is good, and we’ll have a great game of hurling.”

With bunting going up in the village and chatter at the training sessions giving rise to the excitement, Mr Bulfin expects that there will be a large student turnout on Sunday to cheer on their heroes.

He added that the Limerick senior team contingent of Aaron Gillane, Jason Gillane, Cian Lynch and Diarmaid Byrnes, who are all past pupils, are the stars in the eyes of the children , and will be closely watched this Sunday.

“They have always been very generous with their time in coming up to the school and trying to get the next generation of hurlers going in Patrickswell NS.”

A win this weekend would be a phenomenal boost for the school that lies 7km west of Limerick City, as the players can “return as heroes.”

“That’s how you keep the tradition going really in a place like Patrickswell. It’s a small enough place and you are taking on bigger towns and teams from the city with a larger pick.

“It’s all about getting these big wins and seeing the next generation of Cians, Aarons and Diarmaids.

“The children want to aspire to be like them in the future,” Mr Bulfin concluded.