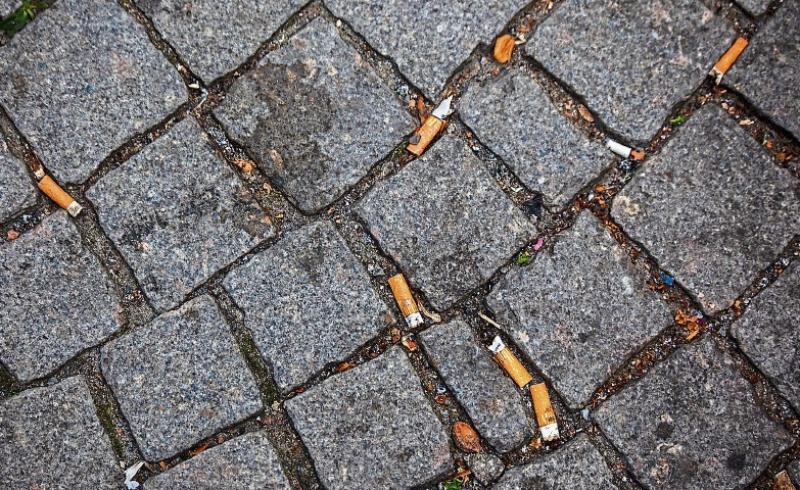 CIGARETTE  butts have been identified as a significant problem at several locations, in the first post-lockdown survey by Irish Business Against Litter.

According to the report, the litter status of a number of areas  was downgraded by inspectors because of the presence of cigarette butts.

One example cited in the report is Bishop’s Quay which was otherwise described as “excellent in terms of presentation”.

However, it was not awarded the top litter grade due to the “significant accumulation of cigarette butts at the base of seating areas”.

This wasn’t the only location in the city which was downgraded due to the presence of cigarette butts. “Others included Mount Kenneth Place, the car parking area at Radio House / adjacent apartments on Dock Road and Henry Street,” states the report.

In overall terms, Limerick City Centre has been categorised as ‘littered’ and is ranked 30th of the 40 towns and cities which were surveyed.

“In common with other city centres, Limerick has deteriorated over the past year, with five very heavily littered sites. The riverside environments within the city deserve a special mention, they are almost all top ranking. Clancy Strand, George’s Quay and Honan’s Quay were exceptionally well presented and maintained environments,” states the report which has been prepared by An Taisce.

The inspectors have highlighted a number of areas where illegal dumping was observed.

“Some basements along Mallow Street and Cecil Street weren’t just casually littered but subject to abuse and dumping. Wasteground on (the) laneway opposite Osmington Terrace has suffered long-term abuse and neglect,” they state suggesting there is uncertainty as to who has responsibility for these areas.

Limerick City South – Galvone, which was also inspected as part of the IBAL survey has been ranked 39th overall.

“This area has again slipped after some improvement last year, with just one top-ranking site, at Roxboro Shopping Centre. The worst sites have been heavily littered for a number of years – the bring centre at the same shopping centre and the area at the end of Galvone Industrial Estate,” states the report.