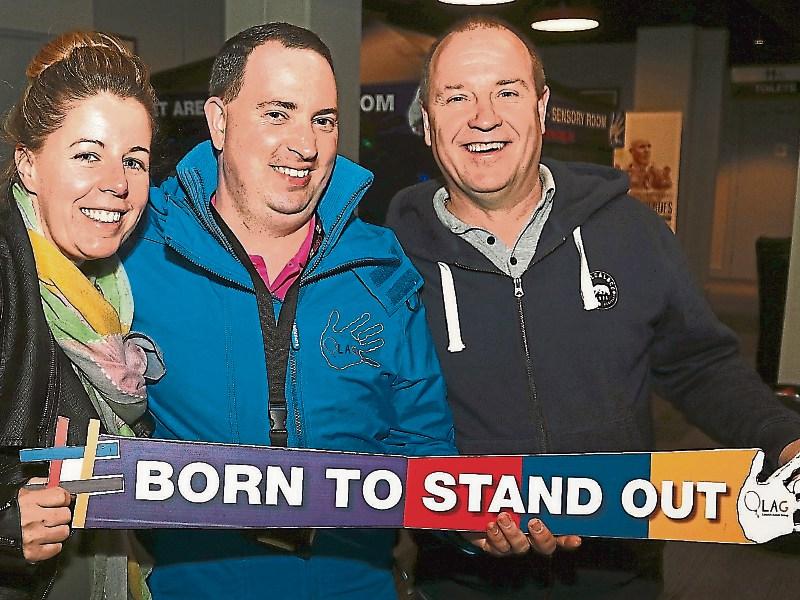 The founder of ASD Ireland Keith Enright, flanked by Aileen Luong and Tommy Griffin, supporting the Born to Stand Out in 2019

A CRUCIAL service which supports children with autism has been saved from closure after a local TD intervened.

Autism Supporting Diversity (ASD) Ireland, formerly known as the Limerick Autism Group, was facing closure in August after they thought they’d missed out on a Covid-19 stability grant from government.

However, Fine Gael TD Kieran O’Donnell, an accountant by profession, took a closer look at their books, and discovered an error in the way funding was sought.

Taking up the story, the group’s founder Keith Enright said: “No-one without an accountancy background would have found this. When you’re dealing with funding, they talk a different language. At the end of the day, we are parents and people trying to provide a service. We are not accountants. It was one error in the way it was addressed and completed, which was the difference between us getting it and not getting it.”

In the end, the support group secured €22,730 from Pobal, which makes a huge difference, as it costs ASD Ireland €3,000 a month to remain open.

”It’s going to be absolutely amazing. We have five autism-friendly events coming up in November. We have six weekly movement groups, and we have our Halloween autism camp. None of these would have gone ahead without this,” explained Keith.

ASD Ireland provides 432 hours of inclusive support a month for children with autism and their families.

Based at the Eastlink Business Park in the Ballysimon Road, the group was founded by Keith and another parent Caroline Hogan.

Mr O’Donnell said: “These are unsung heroes, doing work for people that makes a dramatic positive impact in their daily lives. I believe in what Keith and his colleagues are doing, and was delighted to do anything I could."