Limerick homes already in demand for Ryder Cup 2027 in Adare 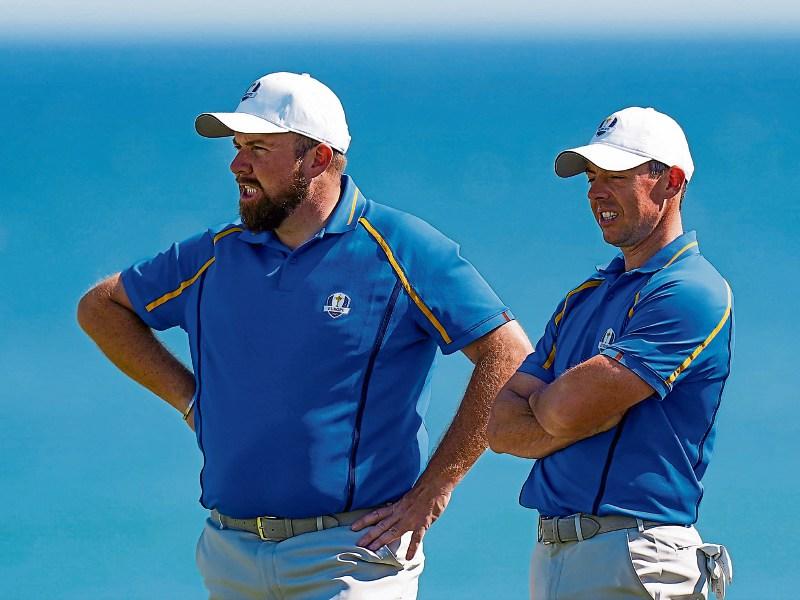 THE RYDER Cup in Limerick may still be six years away but some are already hoping it will ‘putt’ a lot of money in their pockets.

The European team were defeated 19 - 9 by the USA at Whistling Straits in Wisconsin on Sunday. The distinct lack of European fans due to Covid won’t be an issue when Adare Manor plays host to the Ryder Cup in 2027.

And some are hoping to cash in when an expected 300,000 visitors from the US and across Europe descend on the county. A website called Accommodation for The Event (AfTE) allows people to “rent your house for the Ryder Cup 2027”. To date, four homes are listed.

One person is offering their two bedroom bungalow in Garrykennedy, County Tipperary for €30,000 for a seven to 10 day stay. It includes airport transfers, fridge stocked with champagne, wine, beers and breakfast delivered from a Michelin starred restaurant. The only home listed in County Limerick thus far is a four bedroom detached house in Newcastle West for €12,000.

While the prices seem outlandish, they are similar to what was being offered for last weekend’s Ryder Cup in Wisconsin. Prices from $10,000 to $30,000 were common.

Vastly experienced GVM auctioneer and keen golfer, Tom Crosse tells the Leader, “What level it will get to is anybody's guess”.

“People will want self-catering accommodation. All the local hotels have been pretty much pre-booked by organisers. Adare is already very strong price-wise for both renting and sales as it is hugely popular. Limerick city will obviously benefit greatly being only 15 / 20 minutes away,” said Mr Crosse. But he points to the fact there are students sharing rooms, sleeping on couches and on floors due to the lack of properties for rent.

“You have cars parked everywhere around the university because they are commuting long distances. You have people renting in Nenagh that are attending the university.

“It is problematic as it is, not withstanding a surge of people coming into the country which, of course, is hugely welcome. It is going to be incredible to have the Ryder Cup in Adare Manor,” said Mr Crosse, who has met people considering moving out of their house for the period and renting it.

“Some people have said to me they are going to go on a holiday and rent their house during it but you have to say to yourself is it worth all the hassle? You have to move out, present the house in a very good condition, clean out all your clothes etc and half of it goes back to the tax man,” said Mr Crosse.

“The Ryder Cup seems to attract a different kind of market. You will have people coming who will play Doonbeg, Killarney, Ballybunion - they will blend it with spectating. All the hotels and accommodation will be choc-a-bloc. Rent will be very strong. People will get big rents if they are prepared to vacate their house for a couple of weeks.

“Corporate entertainment is huge in America. It is tax allowable. If a company spends €50,000 entertaining five top-class clients for a week it will be money well spent from their point of view if the clients enjoy themselves,” said Mr Crosse.

Brian Higgins, community manager of AfTE, said the Ryder Cup will be a “Great opportunity for Limerick people to rent their homes within an hour of Adare”.

Even those of us with a three / four bed semi-d could rent it out.

“Absolutely. If it was a group of six/eight people that property would be ideal. They are gone early in the morning and back late at night. We are the biggest website for Ryder Cup rental accommodation. We have a large database of Ryder Cup attendees already. They would come to us pretty much every two years. We know what they want and we send it to them as soon as someone uploads the property,” said Brian.

EXCLUSIVE: CCTV in Limerick town was not working on night of violence