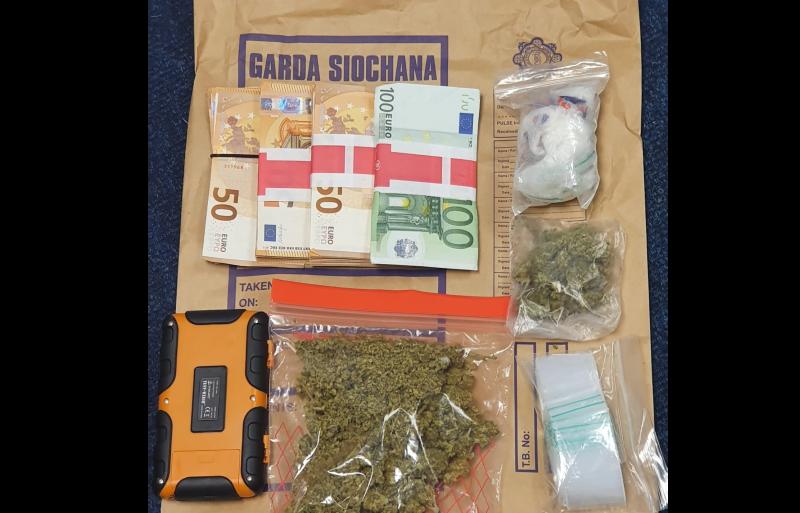 TWO men are in custody following raids in Kilmallock this Sunday morning.

A garda spokesperson said gardaí from Bruff seized cash and drugs and arrested two men as part of ongoing investigations "targeting the local sale and distribution of illegal drugs and related criminal activity in Kilmallock".

"The drugs were recovered during searches of two houses in Kilmallock by gardaí attached to Kilmallock and Bruff assisted by the Divisional Drugs Unit, Armed Support Unit and the Canine Unit this morning, Sunday, September 19," said the garda spokesperson.

Quantities of suspected cocaine €800 and cannabis €800 along with cash €6,500 were seized. The drugs will be forwarded for analysis.

The two males, aged in their 30s, are currently detained for questioning at Bruff Garda Station.