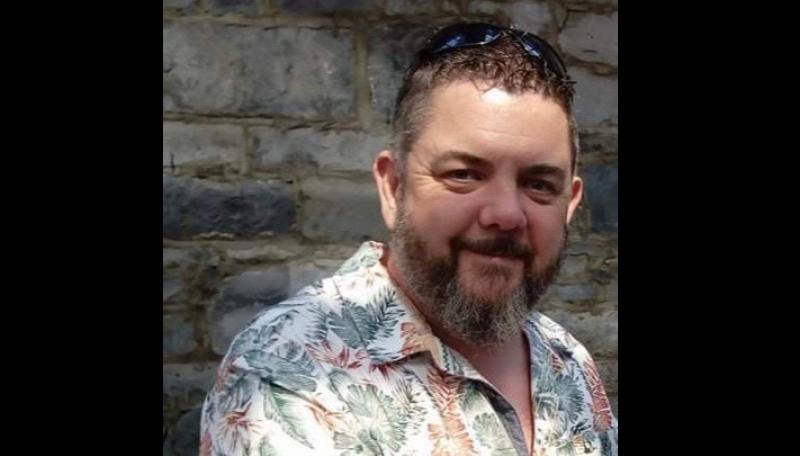 MOVING tributes have been paid to the late Dermot O'Callaghan, better known by many as 'Bear'.

The news that the male discovered in a campervan at Lahinch on Sunday afternoon was Dermot has brought much sorrow and sadness.

Dermot, whose campervan was regularly parked at Bishop's Quay or across the river at O'Callaghan Strand, was a familiar face to many out walking.

LTSP posted a tribute on their Facebook page to the man from Askeaton and late of O'Malley Park. Ashley Carroll, also of LTSP, said despite the very upsetting news she thought it was fitting to "share Bear's incredible memory and how he impacted us all".

"Bear loved his campervan which he named 'Rosie'. This campervan stood out for sure - just like Bear's sense of humour, character and gentle soul. Rosie was Bear's safe place, as he often phrased it as. A place where he could chill out, and listen to his variety of music, mainly rock and absolutely no Westlife or Spice girls was played!" said Ashley.

Dermot, aged in his early 50s, was definitely more of a Metallica man than a Michael Jackson fan.

"It was from stopping at his campervan each member of our team became familiar with Bear and gained a mutual connection across the team. Every single person on our team has nothing but nice memories to reflect on and this is due to Bear's wanting to stop and chat to us.

"It could be raining out of the heavens, splitting the rocks or freezing our hands off and we all would stop to check in on Bear and have a chat about absolutely anything and everything. We considered him a great part of our team and a huge support mechanism to us all," said Ashley

Ashley said Dermot helped on the tough nights on patrol.

"Especially during our break we always stopped for a tea and a bite to eat at the back of Henry Street Garda Station where Bear generally parked his beloved Rosie. He always came out and sat on the doorstep of his campervan and loved to cheer us all up and make us laugh uncontrollably.

"On a night where Bear had the weekend off, like many he enjoyed a well deserved beverage. A couple of weeks back, we decided as a team to buy him a card for his birthday and his favourite strawberry and lime cider which he purchased from Aldi, but the mad thing about this is he loved to mix Robinson's apple and blackcurrant diluted juice with it and named it as 'Koppiberg'. We still laugh about this and we will all have a 'Koppiberg' in memory of our great friend soon," said Ashley.

She said Dermot had a unique personality and from reading all of the comments under their Facebook post in memory of Bear, "He sure did touch a lot of people".

"He enjoyed sending 'Thoughts of the Day' into our Facebook Messenger page and I think it is fitting to share one of his posts today. It said, 'Trying to solve a problem by worrying is like trying to solve a maths equation by chewing bubble gum'.

"We will miss you Bear. Thank you for being the support we always needed and the light we will forever miss. You have impacted us more than you will ever know," said Ashley.

It is understood that Dermot's death is being treated as a tragic incident.

Reposing at Cross' Funeral Home, Gerald Griffin Street, on Wednesday from 2pm to 3pm for family and close friends. Funeral afterwards to Shannon Crematorium for 4pm.