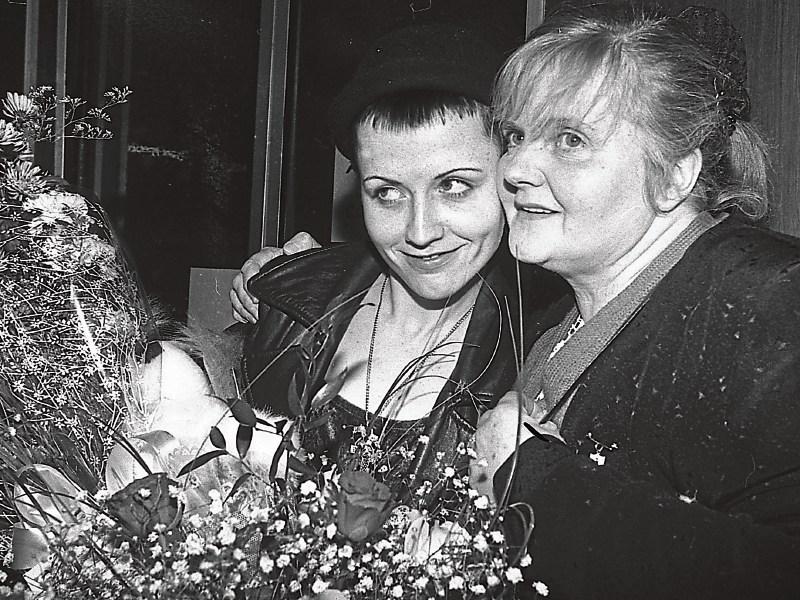 Eileen O’Riordan with her late daughter Dolores in Shannon Airport in 1991. Eileen will chat to Ryan Tubridy on The Late Late Show this Friday night

THE MOTHER of the late Cranberries lead singer Dolores O’Riordan will make a special appearance on the The Late Late Show this Friday night.

Eileen O’Riordan will remember her beloved daughter Dolores ahead of what would have been the singer’s 50th birthday next Monday.

Eileen will talk to host Ryan Tubridy about Dolores' incredible talent and her mischievous nature. She will also be joined by Fergal Lawler from The Cranberries who will chat about his life on the road and in the studio with his friend, the iconic Dolores O’Riordan who died tragically in a London hotel in January, 2018.

Friday night’s show is the first of the autumn series and sees Ryan welcome the first audience back to Montrose since March 2020. It will also feature The Script who will be performing their new single ‘I Want It All’ from their forthcoming greatest hits collection, ‘Tales From The Script’.

Sophie Toscan du Plantier’s son, Pierre Louis Baudey-Vignaud, will talk about the impact his mother's brutal murder has had on his life and why he still visits the home where his mother was murdered.

Culture Club icon Boy George will be live in-studio to talk about his incredible career in music and his special connection to Ireland.

And CNN journalist and Cahirsiveen man Donie O’ Sullivan chats about his adventures in America's hinterland.

The Late Late Show airs at 9.35 pm this Friday on RTÉ One.