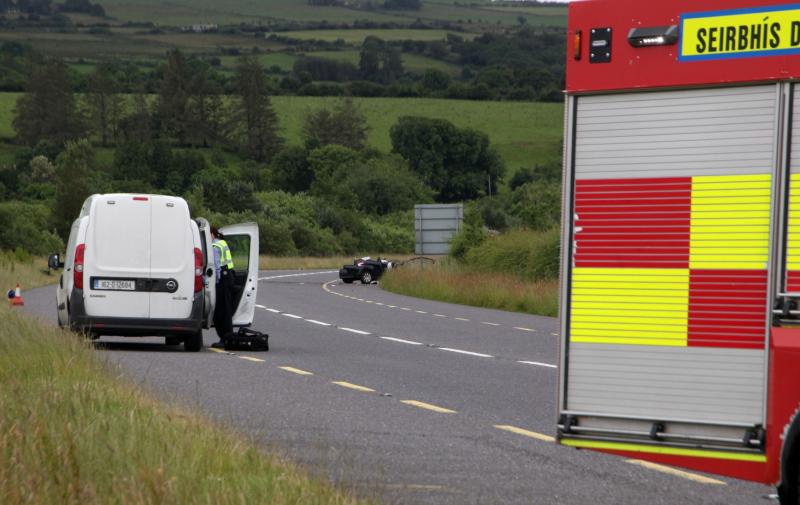 The scene of the collision on the N21, Kilconlea, Abbeyfeale / Picture: Brendan Gleeson

Shortly after 11.30pm on Saturday evening, gardaí and emergency service attended the scene of a two car collision on the N21, Kilconlea, Abbeyfeale.

The road is currently closed to allow for a technical examination by Garda Forensic Collision Investigations. Local diversions are in place.

"Anyone with information is asked to contact Newcastle West Garda station on 069 206 50, the Garda Confidential Line on 1800 666 111 or any Garda station," said the garda spokesperson.