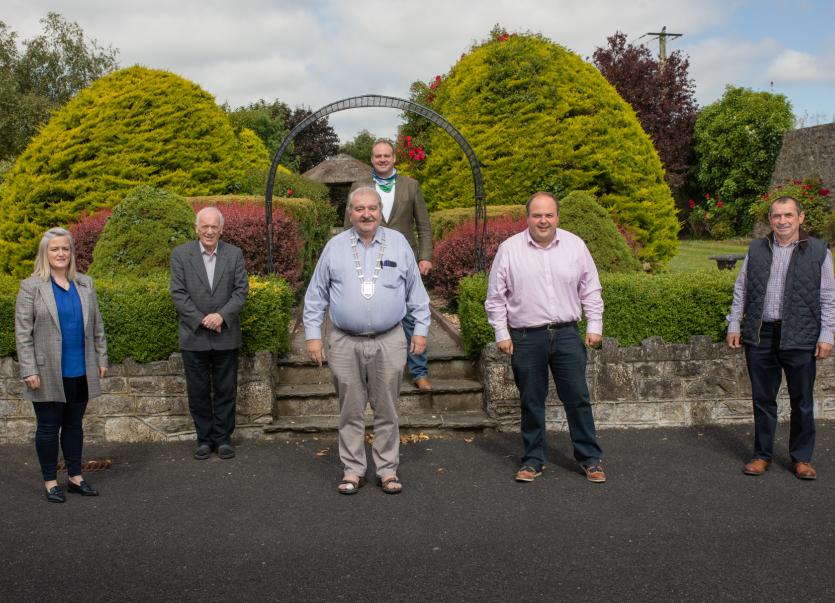 Members of the Adare/Rathkeale Municpal District have sought clarifcation on the issue| PICTURE: Marie Keating

THE newly-elected cathaoirleach of the Adare/Rathkeale Municipal District has expressed concern that a councillor from another electoral area is “interfering” in the business of the district.

Cllr Kevin Sheahan and his colleagues have sought clarification from the council executive and say they will raise the matter directly with the local authority’s CEO, Dr Pat Daly, if necessary.

“I want to know exactly what councillors outside of this district are entitled to be told about our plans and what we are discussing at any one time with a view to the future of the people we represent,” said Cllr Sheahan who alleged the unnamed councillor was recently observed “holding court” in a village in West Limerick.

“I have no problem with anyone who has ambitions but he has deserted the people who elected him. He has abandoned the promises he made to them when he said I will serve you as a councillor because he can’t serve two masters – none of us can,” he added.

Cllr Emmett O’Brien also expressed concerns about what has been happening.

“It seems that representations that I am making along the Shannon Estuary are being tracked by a councillor from another district and it seems there is a duplication of representations to the office,” he said.

Cllr O’Brien told the meeting because of where he lives he regularly receives representations from the Ballybrown and Patrickswell areas but is ‘reluctant’ to get involved or to pass them on.

“It’s not my constituency and I’m not an elected public representative for that area,” he said.

Cllr Adam Teskey, said any decisions relating to the Adare/Rathkeale Municipal District should only be made by elected public representatives for the district.

“It’s here that we make decisions in relation to our business and how we conduct ourselves – we are the group of councillors that make decisions or recommendations that go to full council,” he said.

Addressing the concerns, director of service, Caroline Curley stated: “The reality is all of our councillors are elected to represent Limerick and there is a protocol in regard to councillors and how they should be treated and the information that does and doesn’t get passed between councillors.”

Ms Curley added that anything that is discussed or brought before a public meeting “is open for any member of the public to know”.