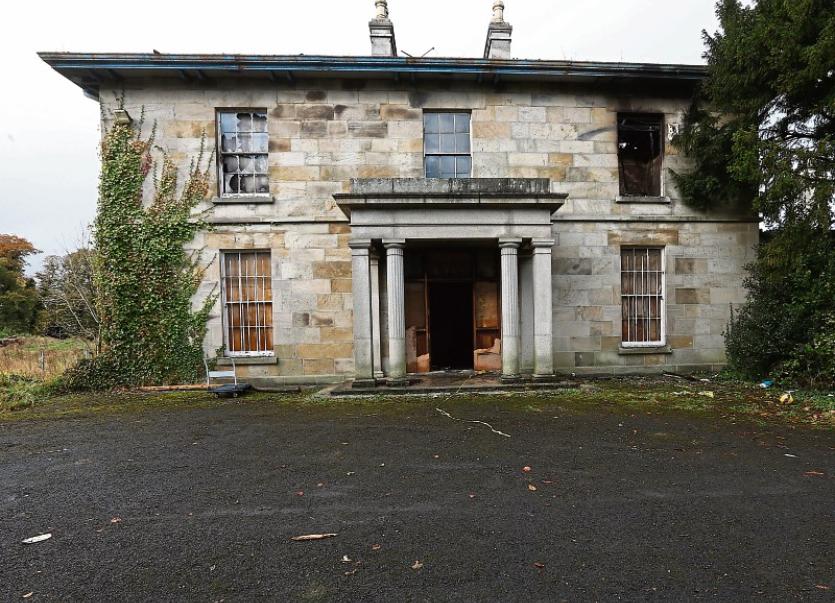 A HISTORIC multi-million euro house at the North Circular Road is to be brought back to life after it was hit by a massive blaze.

Kilmoyle House, once the home of former Limerick bishops Donal Murray and Jeremiah Newman sustained extensive damage in a midnight fire in November 2016.​

Its owner Gerry McManus, the brother of businessman JP McManus, has applied for a second time to restore the home, which is on the National Inventory of Architectural Heritage.

Back in January 2018, Mr McManus received conditional planning permission to remove the late 20th century house extensions and out-buildings, to deconstruct the dwelling house and reconstruct in new locations.

On top of this, the green light was given for him to build a gate lodge and courtyard buildings.

The application had to be filed as a result of the 2016 fire, it’s understood.

Now, Mr McManus is seeking revisions to this development, which will see a minor revision to the position of the new footprint of Kilmoyle House on the site, plus revisions to the design of the extensions of the house consisting of a single storey extension to the western-rear.

On top of this, the application, set to come before council planners shortly, will see these connected with a two-storey glazed link.

Removed from the new application are the courtyard outbuildings, with a new single-storey unit in lieu of this, while the plan provides for internal driveways to be revised.

A new landscape design is sought, while revised water drainage​ systems are also part of the changed application.

There was significant fire and smoke damage to the roof, the ground floor and the internal design of the 19th century property, on North Circular Road in 2016.

The site was acquired from London-based developer Aidan Brooks for an undisclosed sum in November 2014, after he purchased it for €26m.