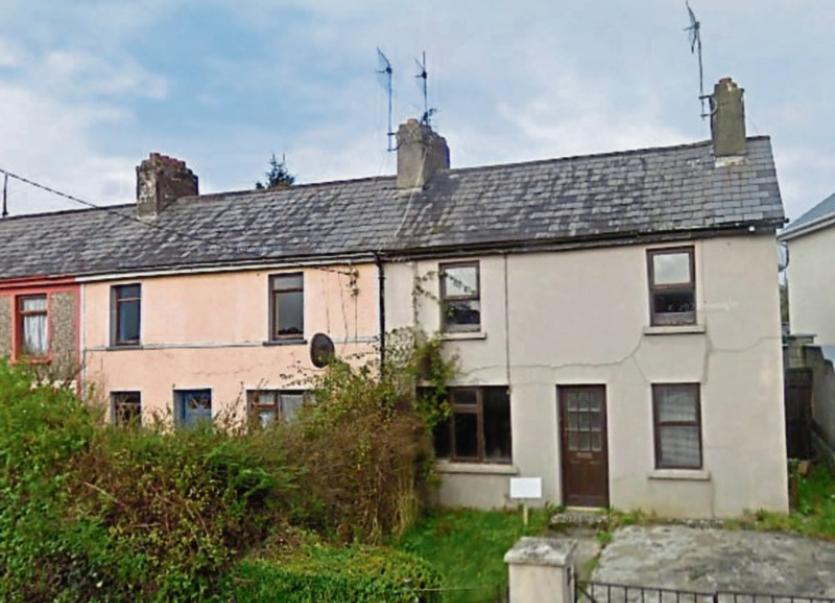 The local authority had sought permission to CPO the two adjacent properties which are located at Colbert Terrace in the town.

The properties (number 3 and number 4) were placed on the register of derelict sites in November 2018 and  CPO proceedings were initiated late last year as part of a council initiative to tackle dereliction in a number of towns and villages across Limerick.

The council previously acquired a number of other houses in the development which is located in the centre of Abbeyfeale to the rear of Main Street and which connects the Main Street with the R524.

Objections to the proposed CPO were received in February from solicitors representing the owner of the two properties.

In her report to the board, Senior Planning Inspector Pauline Fitzpatrick noted the owner had agreed to sell both homes last November before the formal CPO process began.

She said the prospective buyer is aware of the situation and that  he intends carrying out upgrade works to have both properties “completely habitable and out of dereliction” by April 2022.

In her report, Ms Fitzpatrick confirmed she carried out an inspection of both properties last month.

She states there is “extensive dereliction in Colbert Terrace” and that both properties are in a poor condition.

She said it was not possible to go inside the properties but that cracks were evident on the front external walls of both.

She noted the chimney of number 3 was “exposed with the external casing missing in part” and that there was no delineation to the front boundary.

“The area of ground to the front of the dwelling/front garden is unkept although vegetation has been cut down/back. The rear garden is overgrown with rubbish evident,” she stated.

In relation to number 4, Ms Fitzpatrick commented: “The roof structure appears to be generally intact to the front but there is evidence of deterioration to the rear. Sections of the guttering and soffits are broken or missing. There is no delineation to the front boundary.

“The area of ground to the front of the dwelling/front garden is unkept although vegetation has been cut down/back. The rear garden is overgrown with rubbish evident.”

In her recommendation to the board, which was accepted in full, the Senior Planning Inspector said the proposed CPO should be refused.

“In view of the evidence of the owners’ efforts to sell the site and the purchaser’s intentions in terms of refurbishment to bring the property out of dereliction, I consider that it would be appropriate to provide some further time for the site owners to complete the sale and thus enable the site to be redeveloped or repaired,” she stated.